At the Soundless Dawn (Neurot) 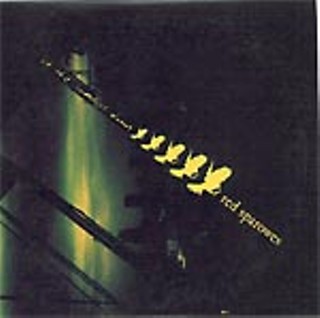 At the Soundless Dawn (Neurot)

Sixty-three minutes of guitarscapes may seem eternal, but there's noise, and then there's noise. L.A. quintet Red Sparowes makes beautiful noise, fluctuating from waves of jet-engine sonics to unsettling bleeps of melody and then back to an atmosphere-shattering melee. As heavy as this not-so-soundless dawn is, it never pummels you, never starts shit. The Sparowes have quite a history within the guitar rock community. Bryant Clifford Meyer and Jeff Caxide anchor Isis, Josh Graham comes courtesy of Neurosis, and Greg Burns and Dana Berkowitz were formerly with Halifax Pier and the Cignal, respectively. The song titles are as epic as the instrumentals, opener "Alone and Unaware, the Landscape Was Transformed in Front of Our Eyes" setting the album's pace by pairing loud choruses with contemplative interludes. Closer, 12-minute stone jam "The Sixth Extinction Crept up Slowly, Like the Sunlight Through the Shutters, As We Looked Back in Regret," is as cinematically stunning and unnerving as an Italian horror film. (The metal band Goblin, which scored various Dario Argento films, is noted as an influence.) And yet the fifth track features pedal steel and pretty guitar that's closer to the Cure's Disintegration than horror flick composers like Goblin. That's the crux for Red Sparowes; the melding of two disparate sounds into one terrifying melodic cacophony. (Friday, March 18, 7:30pm @ Emo's Annex)