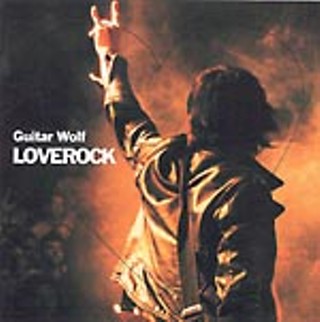 For every band trying to sound like the Ramones, nine out of 10 get it right. You can't go wrong: Take three chords, a four-four beat, keep it under two minutes, and make sure your jeans are tight. Enter Guitar Wolf, Japan's version of the Ramones on a speed binge, punk rock hoodlums dressed in leather and denim. The trio's latest, Loverock, is 17 tracks about the Wolf's three favorite things: the devil ("Demon Card," "Jet13"), the girl ("Violent Letter," "Loverock"), and the rock & roll ("Black Rock'N'Roll"). It's punk rock with all the meat stripped off; Guitar Wolf's just hitting you with the bone. Rock 'N' Roll Etiquette, released for the first time in America last fall, is the band's 2000 Japanese release, and it's another collection of machine gun guitar assault and tin-can drums. As with Loverock, or any of the band's numerous indie label albums, the songs are indistinguishable from one another, jumping from propulsive ("Murder by Rock") to indecipherable ("Jet Virus"). Then again, this isn't music made for theorizing or rock crit gibberish. Guitar Wolf is loud and fast; they'll never be any other way. (Friday, March 18, 1:15am @ Beerland)