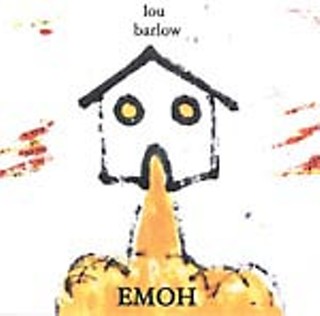 Any kid who fell in love with early Nineties guitar pop might reference Lou Barlow or Sebadoh as their first crush. Barlow's quirky brand of dork rock – whether it was with Dinosaur Jr. or Sentridoh – made being a sensitive young male OK, before the dreaded "e" word slithered into our lexicon. Barlow is a prolific bugger, and after years of lo-fi bedroom recordings, we have his first official solo album. Strangely enough, it's called Emoh. It's a return to his roots, he and a guitar and a song in his heart, except it's not so lo-fi anymore. Opener "Holding Back the Year" is a golden Barlow moment, rife with rhythmic guitars and percussion. Beyond that, Emoh backpeddles into a 50-minute case of déjà vu. Heartstring tuggers like "Mop up the spill with my heart" and "And then you left me/If only in your eyes," only add to the banality. Even a cover, an acoustic version of Ratt's "Round and Round," done better by Austin's Meat Purveyors, can't shake this LP. Barlow's precious melodies and don't-wake-the-baby vocals never reach fertile ground, making Emoh more Dashboard Confessional (or maybe Dadbored Confessional?) than anyone may be comfortable with. Sometimes it's better to remember our heroes when they were heartbroken and self-medicating, before they got all mature and wise. (Thursday, March 17, 9pm @ the Parish)