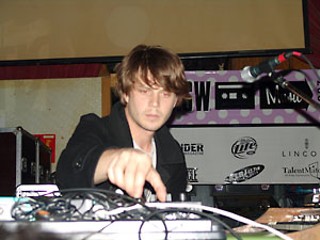 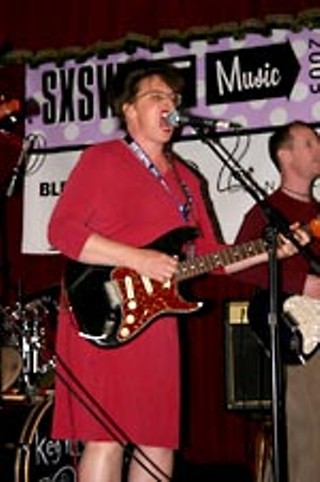 The Brooklyn-based duo of organist Marco Benevento and drummer Joe Russo has probably been compared to Medeski, Martin & Wood more times than Mick Jagger's cashed in his paternity insurance. Yet the comparison – a compliment – is apt, as the two groups both fashion instrumental, jazz-infused, intensity-building jams. Aside from not having a bassist (keyboardist Benevento emits the basslines), B/R gravitate toward more linear and angular, almost spacey prog, compositions, whereas MM&W populate the blue note grooves. And while B/R may have one-third fewer members, they duly compensate with intensity and trampoline-taut exchanges. By their showcase's second tune, this 1929 film theatre was filled with enough powerful sound waves to quiver glasses and bottles like players on those old-school vibrating electronic football games. With skills to burn and augmented by sequencers and samplers, the twosome filled their 45 minutes with cuts from their recent, live Darts, and next month's Ropedope release, Best Reason to Buy the Sun, with "Sunny's Song" coming off strong. Russo is like a teetering tea kettle on the trap kit and digital workpad, while Benevento massages the Hammond B-3's ebonies and ivories, and accompanying rainbow of stompboxes, with aplomb, referencing "What Goes Up" and "Tom Sawyer" in the same tune. If B/R fit under the sometimes maligned jam band umbrella, then here's the lesson kids: The genre is composed of more than Captain Trips wannabees and Phish-y knockoffs. And really, like all good groups the only real category that Benevento/Russo Duo fit neatly into is their own.