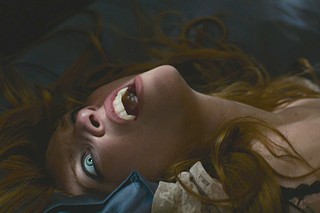 Kiss of the Damned


Before a screening of Xan Cassavetes' new film, we were reassured "this isn't Twilight." The billion-dollar vampire franchise has made chaste revisions to the genre's history, but Cassavetes, daughter of director John, is attempting to revive its erotic past. Kiss of the Damned owes much to the European horror canon of the Seventies, from the opening title sequence to the elegant, ominous piano score. Djuna (the divine Joséphine de la Baume) is a lonely vampire whose lust is reawakened when she meets screenwriter Paolo (played by Milo Ventimiglia, with all the passion of dryer lint). After a bit of apprehension on Djuna's part, he becomes a vampire as well. Mimi (Mesquida), Djuna's sister, then brings her indiscriminate bloodlust into their house and is responsible for one of the film's most exquisite kill scenes. Cassavetes is about style: The film is visually striking, from the couture clothing to the high-art framing. But narratively, it is tenuous; we never get these characters' origin stories, and therefore feel little empathy for them. 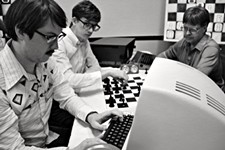