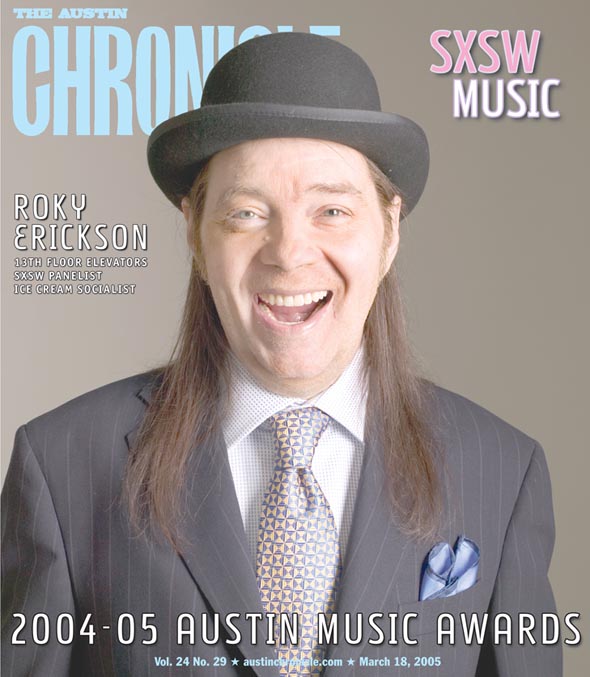 Tasers and the APD

Strayhorn Takes Toll on the CTRMA

Up From the Slime – Commissioners Push for Water Quality Rules

'Clear Skies' gets shot down, and Legislators try to cut the crud in Texas

Quixotes saddle up their horses

Bush makes a mess of the Food and Drug Administration; and preaches to Russia about the merits of hypocracy – err, democracy

How much more food and music can you ask for in this town around this time and after? 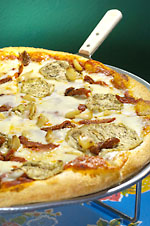 When the Moon Hits Your Eye ... : Italian

Everybody Eats When They Come to My House: American, Pub, Barbecue, Down-Home 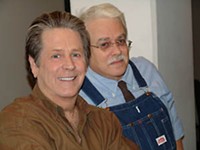 Van Dykes Parks: 'Smile' and the world smiles with you

It Takes a Nation of Millions to Make this Panel

Ringtones as an Income Stream

Satellite Radio – Triumph of the Niche

1am, Blender Bar at the Ritz

The Blind Boys of Alabama

The Best of the Fest

Our first daily installment of festival film reviews, from 'The Aggressives' to all of the shorts

Tell Them Who You Are

The Comedians of Comedy

Kissing On the Mouth

Scratch: All the Way Live

The Dreams of Sparrows

A Life Without Pain

Light From the East

The Legislature's $20 million in proposed incentives to lure more film projects to Texas is emphasizing jobs and aiming to boost rural areas as well as larger cities like Austin; plus, Wes Anderson's next movie

Even though Born Into Brothels – winner of the 2004 Oscar for Best Documentary – is a devastating portrait of impoverished Calcutta children who are born into the sex trades, the film is also an inspiring document about human possibilities.

Uday Hussein's former pleasure palace is now home to an American artillery regiment, whose members we get to know from their poolside antics to their far more sobering responsibilities of patrolling Baghdad.

Bruce Willis is called back to active crime-fighting duty in this new thriller.

Back home in Texas, Lisa Scheps finally gets her place to play!

The 2005 Texas Medal of Arts Awards have been announced, and the Elisabet Ney Museum snags a Historic Homes grant

At Home With Dick

'At Home With Dick' is approximately an hour and a half of songs and memories from the funny, very talented songwriter Dick Price

Donating money to causes is fine and necessary, but it doesn't get you off the hook; active human energy is what generates change. Bite off a chunk of trouble for yourself. There is no hope or solution without you.

Okay, SXSW has officially begun and your Style Avatar is deep in it. Watch where you step.

Austin's friendly neighborhood (not to mention cuddly) Style Avatar, Stephen Moser makes the scene as the scenesters take over Austin! Be sure to catch AAF in each of our SXSW dailies!

It's SXSW all over, especially all over that other acronymically correct paradise, Austin's SoCo, our hallowed South Congress Avenue, south of the river. See what our Style Avatar has been up to and what he recommends.

Our Style Avatar and yours, SMM is the man about town this week. See where he's been seen and with whom!

Tops may get HIV easier than thought

What are the pros and cons of using macadamia oil?

Do I have to take the Breathalyzer?

BY LUKE ELLIS AND TRAVIS SMITH

Waltzing through the dance halls of Texas

SXSW brings soccer to the big screen with 'Hooligans'