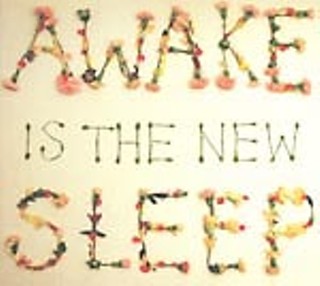 Despite the fact that he's been a working musician since his teens, Ben Lee is still quite young, and in some ways, it shows. The liner notes to this, his sixth full-length, thank the American Taoist Healing Center, are dedicated to an Eastern spiritual leader, and serve as a reminder that this is a quiet young man with the luxury of retreating to a Taoist safe haven. Cue eye-rolls. The first half of Awake Is the New Sleep doesn't help to disabuse one of this notion. "Whatever It Is" is a sweet opener, imploring listeners to "do it, whatever it is." Wake up, Lee urges. Life is passing you by. "Gamble Everything for Love" is next on Lee's list of imperatives. Yes, it's noble to risk everything for love. It's what keeps therapists in business. According to Lee, these songs came quickly, which might explain why the earlier songs on the album feel half-baked. If he'd given them more time to ripen, maybe they wouldn't be so cloying. In Lee's defense, the songs take a darker, less confident turn in the latter half of the LP, but it's not enough to save it. It's all perfectly serviceable pop, if a little dull; just don't listen to the lyrics if you have a mortgage. (Saturday, March 19, 10pm @ Eternal)