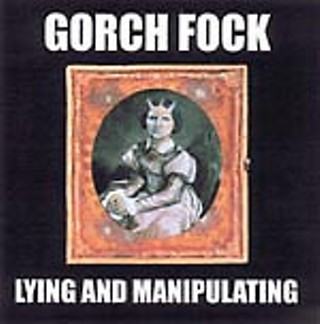 Named for a sailor poet who drowned two months after joining the German navy, Austin's Gorch Fock win their sea legs handily on this second release. The seven-person assortment of local noise-rock notables functions as a kind of seafaring vessel, with two drummers in the engine room, layers of guitars and effects providing steerage, and captained, nominally, by trombone-tooting frontman Joey Ficklin. Rising to 50-foot waves of sonic tumult, Lying and Manipulating suggests a ghost ship adrift on the storm-tossed Baltic after some great naval battle, maybe even the one that claimed the real Gorch Fock in 1916, and watched over by the skeletal mariner prince of the CD's stunning inlay. Ficklin is as enamored of voice-doctoring as Gibby Haynes, his vocals often disembodied – when he's not screaming in anguish. In its own evil Fuckemos death march kind of way, "Jefferson Davis Pinkus" is even catchy, with its menacing/sweet refrain: "I hate everyone, I hate everyone, everyone but you." Besides scattered references to ships, docks, shores, and whores, a closing cover of Neil Young's "Ohio" is a pointed tip of the sailor's cap to the election-deciding swing state. What it's saying, apparently, is that this lumbering crew of demented Texas sea dogs will soon be sailing up the river to destroy you. Or at least drink all your beer. (Friday, March 18, 1am @ Whisky Bar; Sunday, March 20, 1am @ Emo's Jr.)