Catch Us for the Foxes (Tooth & Nail) 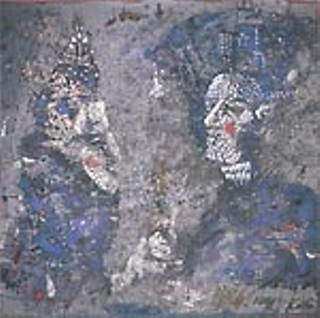 Catch for Us the Foxes (Tooth & Nail)

Let's get this out of the way: MewithoutYou is a Christian rock band. Let us repeat together: To each their own. Regardless of your spirtuality, the Philly fivepiece's sophomore album is fervent, subtle, alive. In fact, if Christian torch-bearing imprint Tooth & Nail weren't specified on the LP's rear, and if a lyric sheet weren't included, the word Christian wouldn't even come into play. Here, there's no Creed; there is, however, a large dose of West Texas elite At the Drive-In and a taste of Dave Grohl's Foo Fighters. Foxes is, above all, a rock album. An inconsistent rock album, but when your speakers start rumbling with the gallop of opener "Torches Together," the god of thunder is in the house. "January 1979" follows, a megaphone-laden tale of piety and humility. Aaron Weiss' powerful lyrics summon pain, but more often he uplifts and empowers. Concentrating on human lack of restraint (highlights "Tie Me Up! Untie Me!," "The Soviet") before teaching compassion ("Paper Hanger," "Four Letter Word"), Foxes is a rocking lesson in kindness. However, when the present day is traded for biblical stories, the preachings of "Carousels" and "Son of a Widow" barely part the sea of boredom. As long as MewithoutYou remembers that passion is the backbone of rock & roll, maybe they'll save some souls. "If they ask you for the sign of the Father in you, tell them: movement and repose." (Friday, March 18, 10pm @ the Vibe)