Another Day in the Sun (Rexy Rex) 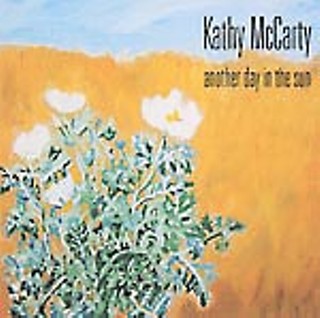 Another Day in the Sun (Rexy Rex)

Another Day in the Sun is a significant event. It marks the return of Austin's beloved Kathy McCarty. She achieved that status through Eighties local heroes Glass Eye and her two solo albums, 1994's Dead Dog's Eyeball, an inspired tribute to the songs of Daniel Johnston, and a related EP, Sorry Entertainer, released a year later. Since then, she's married, left Texas and returned, her musical appearances few and far between. Another Day in the Sun makes up for the absences. Its 14 McCarty originals are a rich amalgam of rock, folk, and pop performed with gusto and an immaculate edge. With former Glass Eye bandmate Brian Beattie's producing, McCarty moves from hushed to explosive, starting with the mysterious "Obelisk" and slowly building to the megaphone-assisted blast of "Basement." The folk elements of Another Day echo Richard Thompson, particularly on the glistening title track, as well as the stately "New Shoes." It's no surprise McCarty's work resonates the same sensibilities experienced in Glass Eye, which was one of the most innovative and creative groups of its time. She even enlists another bandmate, Stella Weir, who adds keyboards on two tracks. McCarty's mingling of her clear and cogent vocals with a well-drawn melange of styles marks Another Day in the Sun not only as a most welcome return, but easily one of the best albums of the young year. (Thursday, March 17, 8pm @ Cactus Cafe)