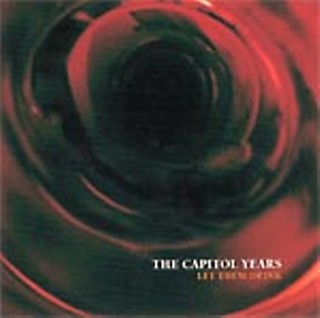 Shai Halperin is a lo-fi kind of guy. In fact, he's spent the better part of his life in a bedroom with nothing but an acoustic guitar and a four-track. Somewhere along the line he became a Sixties garage rocker, and with his alter ego the Capitol Years' third full-length (the first two being solo bedroom recordings), the Philly songwriter shows what happens when a shy, emotive lyricist gets his hands on a Marshall half-stack. Let Them Drink is a time capsule buried sometime between 1967 and 1973. Go-go dancers might as well shimmy out of the speakers. Let Them Drink takes off with opener "Juicers," a climactic chorus of harmonies and building guitar repetition that culminates in a Byrdsian conclusion. Sometimes that California rock sound feels forced. "Going Down," "Solid Gold," and the title track are beautiful songs, problematic because they beg for acoustic guitar and hushed vocals, sometimes getting what they asked for. By the time Halperin & Co. let loose on album highlight "Ramona," all disappointment is swept away by an ecstatic, pulsing rock track with dissonant guitar and nostalgic backing harmonies. As the drums beat louder and Halperin's Julian Casablancan vocals become yelps, it's apparent that the reputation this quartet has for sweaty, balls-out rock shows must be more than just rumor. (Friday, March 18, 1am @ Soho Lounge)