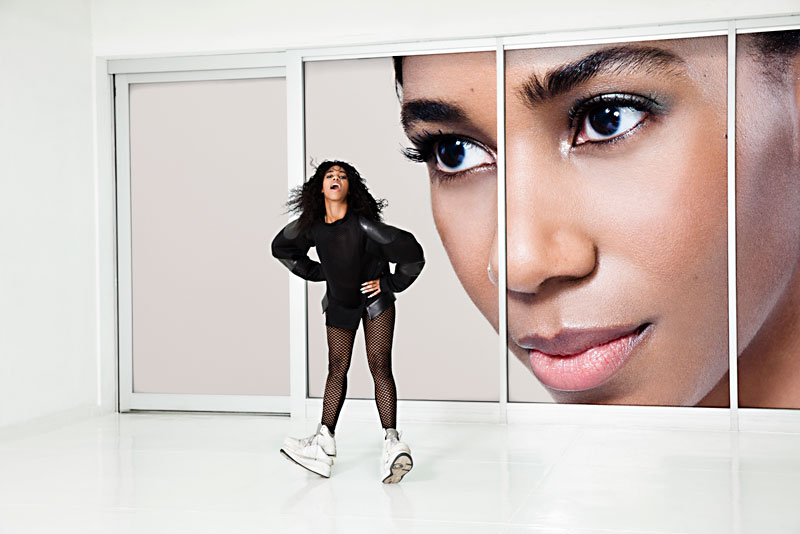 
Santigold's been busy. Since 2012's Master of My Make-Believe, the Philly pop songstress has had a son, appeared on The Office, and released a makeup collaboration with Smashbox.

"There's never enough time," she sighs. "Once I achieve one goal, I feel I'm behind. I never celebrate it."

Even her experience as a mother doesn't translate much into her newly released third album, 99¢.

"'Big Boss, Big Time Business,' is about how I have to be much more on top of it now that I'm a momma. That's pretty much where I mention it, but there's this lightness and joy in having a new baby that found its way into the record."

Thanks to her producers – which include an impressive list of hitmakers from Cathy Dennis behind "Toxic," Patrik Berger on "Dancing on My Own," and Vampire Weekend's Rostam Batmanglij – 99¢ does a brilliant job of filtering reggae, ska, punk, and hip-hop through a bright pop lens. Even so, beneath the bubblegum and cheer, she seethes about consumerism, social media, and narcissism.

"Richard Pryor, Chris Rock, and Dave Chappelle talk about really tough issues," offers the singer about her inspirations for social commentary. "They get the audience laughing, and they don't even know what hit them. It's such a genius way to get people to listen."