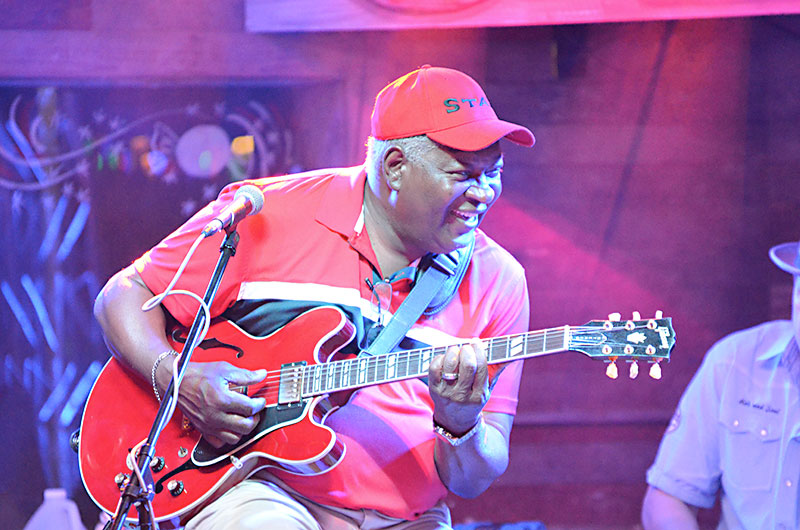 
Carl Weathersby has only lived in Austin a few short months, but the Chicago transplant is quickly turning heads. A week after landing in Texas, the lifelong bluesman waltzed off the Antone's stage and right out the front door, casting hot licks into the cold night air. A few weeks later he whipped out an electric drill while singing in his deep baritone, fixing a broken string by song's end without missing a beat.

"One of the beauties of being in Chicago when I got there was you had legitimate masters walking around – Tyrone Davis, Otis Clay, Albert King, Albert Collins, Lonnie Brooks, David and Louis Myers. All these guys talked to you and would give you little pointers."

After serving in Vietnam, Weathersby worked as a policeman, prison guard, and steel worker until necessity turned him into a full-time musician.

"I left work at 11 at night, came back at 7 the next morning, and the mill had shut down," he recalls. "If I didn't know how to play guitar, I'd have been in trouble."

Weathersby landed a spot in Albert King's band in the early Eighties, but that wasn't his first encounter with the legendary guitarist. As a teenager, Weathersby's father, a mechanic, would give King's tour bus a tune-up whenever he rolled through town.

"One day I was trying to play 'Crosscut Saw' and thought I had it pretty good. I called out the window and told my father about it and he said, 'Play it!' Just so happened Albert King was standing out there. He said, 'That ain't the way I play that song.' He took that cheap guitar and turned it over and played it.

"I didn't know he was Albert King before that. I just knew his name was Albert."