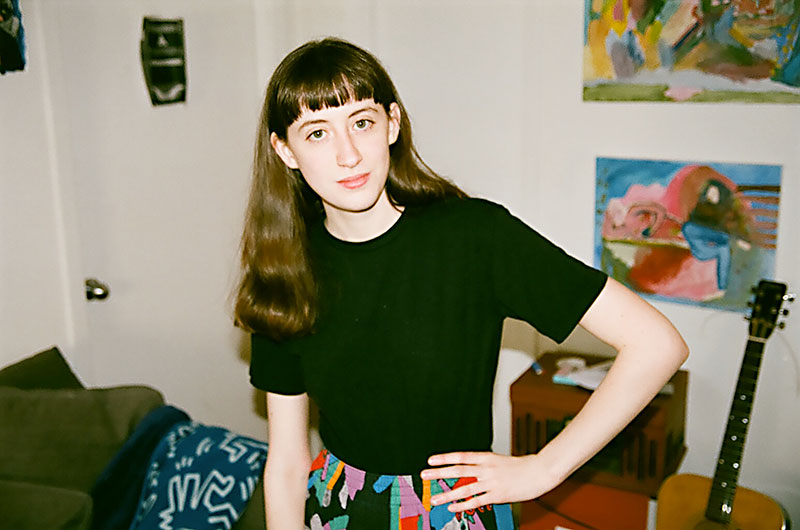 
Greta Kline's shy. That's why she came up with the pseudonym Frankie Cosmos.

"It's not Greta Kline performing," she says. "[Frankie Cosmos] fictionalizes it in a way where it makes it less scary to be vulnerable."

There's a charming amateurism to Frankie Cosmos. Growing up in the artistic household of actors Kevin Kline and Phoebe Cates, Greta chose the musical route by way of an unlikely pairing: classical piano and underground rock shows.

"My dad played classical piano and listened to a lot of Hall & Oates, while my mom and I would listen to CDs of Liz Phair," recalls the singer.

Shortly after, under the influence of Frank O'Hara's writing, Greta formed Frankie Cosmos.

"[O'Hara] finds beauty in everything. He'll take a stupid little thing and make it into a beautiful poem."

That skill has served Kline since her early DIY days when she uploaded some 45 lo-fi bedroom albums to her Bandcamp. Full-length studio debut Zentropy will be joined in April by Next Thing, which still clings to her sad aesthetic.

"My Bandcamp had a lot of bad and good music, but I relied on that to sort my feelings," she says. "My sadness will always be there, even in the happiness."