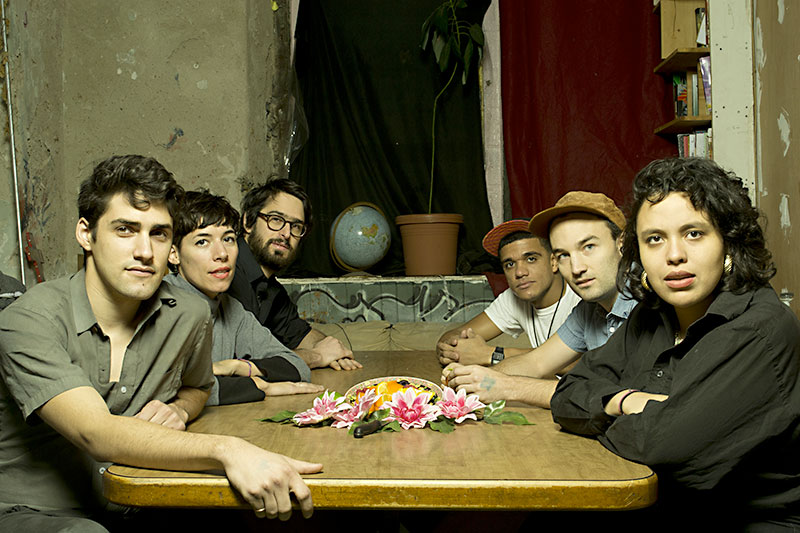 So bellows Victoria Ruiz on "Monstro," a rallying cry off Downtown Boys' 2015 debut, Full Communism. Rooted in both activism and the DIY scene of Providence, R.I., the fivepiece is definitive of "punk" in 2016, pushing for accessibility in predominantly white spaces. Cacophonous, sax-heavy, politically charged, and a harsher reincarnation of Seventies punks X-Ray Spex, these DBs are a powerful force that's gained momentum on a national level in the last year.

"We don't believe in a monolithic model of being a political punk band, and we're not trying to find a monolithic fan base," states Ruiz.

Full Communism is an inclusive, feminist, bilingual tour de force, explicitly critical on tracks like "100% Inheritance Tax" and "Tall Boys," recalling the ethos of riot grrrl. Downtown Boys' power structure extends to their live sets, where the evocative magic of their music is most potent. They strive for catharsis and community.

"That's what I like to feel when we're playing music, or when I'm seeing a band," says founding guitarist Joey DeFrancesco. "You want to be there and feel like you're having this powerful experience, and leave feeling more powerful. If you can instill and create that feeling in anyone, that's a really important, gratifying thing to feel."

"In other forms of activism, it's much harder to get that type of community, and with this, our community is such a spectrum of people and experiences," adds Ruiz. "I really believe in that."