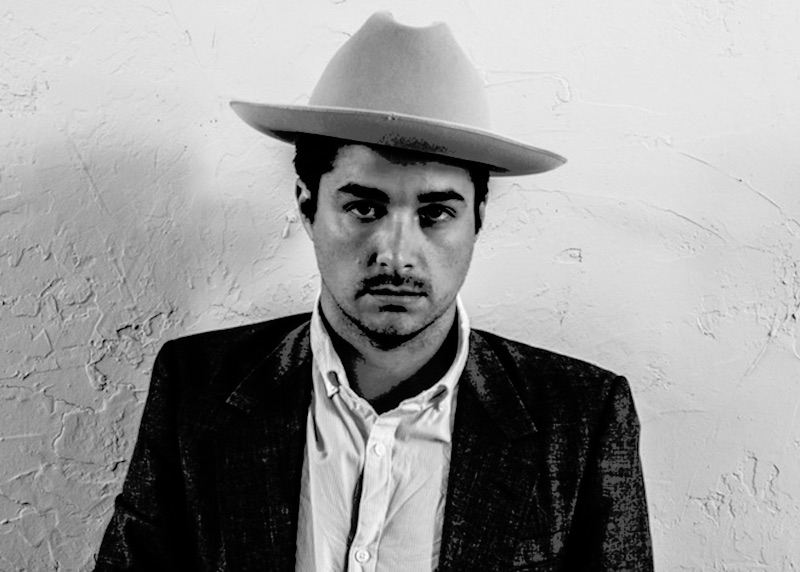 8pm, North Door
Austin resident and DJ/producer scene staple BoomBaptist (Andrew Thaggard) does his wonky hip-hop and bit-driven electronica with all the machines possible. At the heart of his projects and live performances lies a unique and upfront soulfulness, thickened with slick (sampled) vocals and earthy basslines. His catalog, including 2010's off-kilter/8-bit 28-track opus BoomBaptism Beat Tape and his Lost Files series, are criminally slept-on. – Kahron Spearman

9pm, the Majestic
The Tex-Mex flag flies high in the hands of these San Antonio rockeros. Laced into the threesome's rock & roll is the native Tejano with which its members grew up, in particular bassist/singer Diego Navaira, son of Grammy-winning conjunto artist Emilio Navaira Jr. If Los Lobos worshipped the Beatles instead of the Grateful Dead, they'd sound like the Last Bandoleros. – Michael Toland

10pm, Austin Music Hall
Flatbush Zombies have laid a foundation over the course of two mixtapes and an EP that makes it easy to theorize about album debut LP 3001: A Laced Odyssey later this month. Rappers Meechy Darko, Zombie Juice, and MC/producer Erick Arc Elliott spit grimy, acid-inspired rhymes over throwback horrorcore production: "Triple 6 on my coffin, I dance with the devil/ Came back with a vengeance, Christ off the hinges." – Thomas Fawcett

10pm, Banger's
Three full-lengths into their career, Minneapolis-born Poliça refuse to get comfortable. Confrontational new disc United Crushers retains the band's tension but is a departure thematically, overtly focused on the political rather than the personal, delving into the prickly American underbelly via the band's dark synth-pop. The combination of two live drummers and founder Channy Leaneagh's effects-distorted voice makes their sets peculiar and arresting. (Also: Thu., 11pm, Parish) – Libby Webster

10:05pm, Mohawk Outdoor
Bursting on the scene in 2013 with the acclaimed Cut 4 Me, L.A. by way of D.C. singer Kelela recalled familiar aural markers juxtaposed against one another: Atlanta-specific quiet storm/trap-ish sounds and an Aaliyah-like vocal register. In 2015, Hallucinogen – an extended play of similar quality and sonic heft – enlisted darker-edged producers (and past co-conspirators) Kingdom, Acra, and Kendrick Lamar cohort DJ Dahi. – Kahron Spearman

10:10pm, Scoot Inn
"Woman or not, Simz the blood clot king," says a man with a Jamaican patois about arguably the best femcee of present day. She's capable of emotive, personal flows and nuance, yet she's equally proficient blacking out and revving up the engine. The 21-year-old North London rapper Simbi Ajikawo released a refined and focused concept album, one of 2015's best, as a defiant full-length debut, A Curious Tale of Trials + Persons. – Kahron Spearman

10:20pm, Bud Light Factory
2013 debut Sunken ushered in these Chicagoans as masterly rock revivalists. 2014's Wild Onion trailed, fleshing out the band's youthful indie-punk spin on classic genres. Forthcoming follow-up, May-slated Down in Heaven, previews "Walk to the One You Love," Sixties garage-pop that's jangly and neat, but sloppy in spirit. Next month, the South By vets return for Levitation. – Neph Basedow

10:45pm, YouTube@Coppertank
Simply put, haters of the usually drugged-out sound be damned. Trap MC Future has become a living legend through prolific output, dedication to his Atlanta upbringing, and an uncanny ear for what pops. He released two of the biggest albums of 2015 in solo release DS2, and Drake collaboration/mixtape What a Time to Be Alive. Like clockwork, the rapper already came back this year with Evol, a fresher, less-foggy affair, still loaded with flashy brag trap. – Kahron Spearman

11pm, Clive Bar
The five ragin' Cajuns in Givers fully embrace elements of zydeco courtesy of Lafayette, La., their hometown, then dash it all into colorful ear-worm pop licks. They quietly released the follow-up to their 2011 debut in November, giving us a whole new chance to try and brand its sound. Island pop? Worldbeat? – Abby Johnston

Thao & the Get Down Stay Down

11pm, Parish
Although these San Franciscans' third folk-pop LP We the Common experienced immense success upon its 2013 release, this month's follow-up, A Man Alive, arrives more beat- and bass-driven. Part of that loop-centricity can be attributed to Thao Nguyen's collaboration with Tune-Yards' Merrill Garbus.– María Núñez

11:30pm, Antone's
Last year, long-awaited Leon Russell documentary A Poem Is a Naked Person made its official premiere at SXSW Film after a 40-year wait. Now 73, the iconic Oklahoma songwriter doesn't move with the verve of the raucous young piano man in the film, but once the Rock & Roll HoFer sits behind the keys, Russell still unleashes a barrage of history marked on recent retrospective LP Life Journey. – Doug Freeman

12mid, the Majestic
Cody Chestnutt was supposed to be a superstar, in capital letters. The soul/rock/blues talisman found himself on the verge via 2002's self-recorded, 36-track, lo-fi standout The Headphone Masterpiece. The Atlantan actually got his start writing for Death Row before reaching the mainstream on the Roots' "The Seed (2.0)," a remake of his own track. The Marvin Gaye-like Landing on a Hundred landed in 2012.– Kahron Spearman

12mid, Parish
Raised in South Carolina, this promising Nashville songstress recharges well-trodden Southern folk and blues with arresting vocal presence, foreboding narratives, and full-bodied arrangements. The lilt in Victoria's voice and her strategic lyrical opacity allow tunes like "Dead Eyes" and "Stuck in the South" to convey distinct sensations without getting boxed in by specifics. Debut album Beyond the Bloodhounds arrives in May. – Greg Beets

12mid, Banger's
Indietronica sensation Miike Snow make a big comeback after their 2009 self-titled debut charted the Swedes' ever-so-sticky "Animal." On their trek back up the charts, the trio ditches some of the electronics in favor of more funk-pop on iii, featuring the irresistibly dancey "Genghis Khan." – María Núñez

12:40am, Mohawk Outside
Eighteen years after her classic neo-soul debut, Erykah Badu penned a brilliant phone-themed mixtape that saw Lo Down Loretta Brown reconnect with parenting partner Andre 3000, flip Drake's "Hotline Bling" on its head, and drop the perfect pick-up line for our narcissistic attention-deficient world: "I can make you put your phone down, leave it at the crib guarantee you wouldn't miss it." – Thomas Fawcett

1am, Palm Door on Sabine
Quiet Company hauling off an armload of trophies at the Austin Music Awards for 2011's fourth LP We Are All Where We Belong made for a Santana/Grammys moment and established the local troupe as local headliners. That year's Chronicle cover act stomped lyrical rock like no less than Nick Cave & the Bad Seeds, frontman Taylor Muse then a tortured literate. Last year's Trangressor ceded angst for pop exuberance. – Raoul Hernandez

1am, Lucille
Epic, sprawling soundscapes and darkly romantic lyrics have been this London quartet's stock in trade for going on a decade. Early masterpieces of lovelorn malaise, "Dominos" and "Velvet" showcased the twin vocal prowess of Mary Charteris and Robbie Furze, and their new EP Empire Underground (4AD) continues to layer on the band's glistening night passions with ultra-sexy panache. – Marc Savlov