Knowledge is power, and we've got the know-how to guide you to your best Fest yet

Your guide to free events at week two of SXSW

How the Gun-Toting Half Lives

Michael Cargill thrives in the age of open carry

Public Notice: Being a Good Host

Notes on Kamp: Reining in the Vote

Winning elections is so much easier when there are so few voters!

When the Truth Doesn't Match Your Narrative

Ballot language to remain the same

Death Watch: A Question of Premeditation

Homelessness on the Rise in Austin So you're hungry at SXSW? 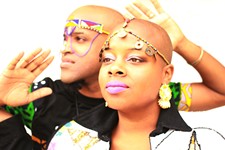 Fear of Missing Out at SXSW Music 2016? Best pack it in now.

Korea Night I: K-Pop Night Out

The Music of Pakistan

National / international – we have your destination showcase

Sounds From the World

Discs to soundtrack your SXSW

Influential multihyphenate talks hip-hop and The Get Down

Gary Numan doc gets to the heart of the matter

A Song for All

“I’ll go back to brunch, motherfucker. I don’t care.”

The future is here, and it looks a whole lot like a human

The Scandal star talks Twitter and activism through beauty

Hello, My Name Is Doris

Sally Field is spectacular in this gently lovesick and funny dramedy

Terrence Malick's Knight of Cups is a vessel half-empty

Is a boy with special gifts a savior or a weapon – or neither?

This Christian-centric film wears its faith on its sleeve

Partake. Enjoy. And tips for townies.

With Will Eno's comic drama, HPT brings a funny kind of fear to the 'burbs

This show's three artists display creative, complex alternatives to the meat sacks we all share
columns

Seven-day visit to the forbidden island unveils a vibrant culture

SXSW co-founder passes away on first day of festival

The end (of SX) is nigh, but she won't go down without a fight

The Luv Doc: The Dating Scene 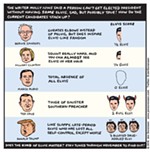