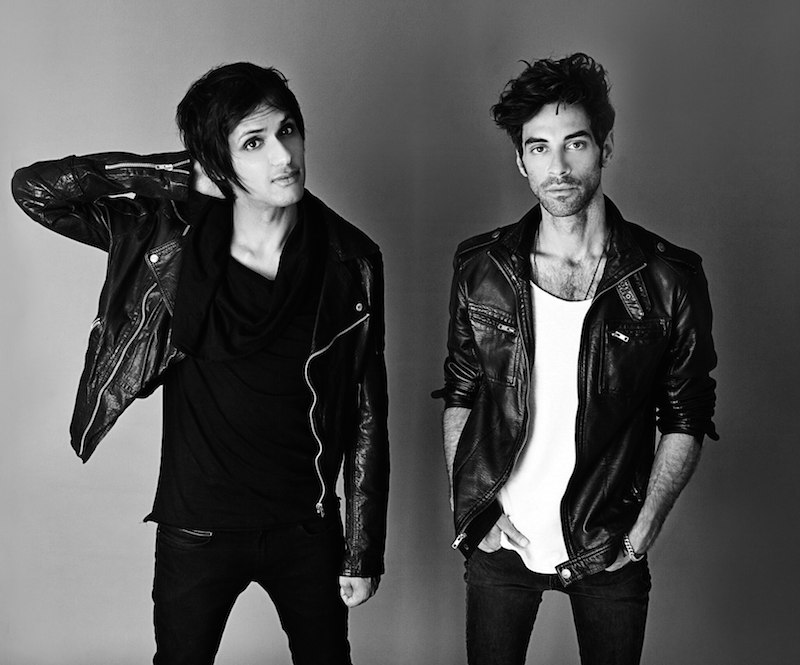 7pm, Central Presbyterian Church
Austin's Jonathan Terrell took a break from fronting the loud rockin' Not in the Face to return to that which first gained him recognition, a mix of country and folk with liberal use of Texas influences. Late in 2015, Terrell released the glimmering Past the Lights of Town and followed with residencies in NYC, Washington, D.C., and Philadelphia, and a sold-out tour of France. – Jim Caligiuri

8pm, Trinity Hall at Old School
Lots of modern rock bands are enamored of the Eighties presently, but Aviateur ignores synth-pop and dives deeply into the anthemic British guitar end of the pool, putting enough of a contemporary spin on the form to be less 120 Minutes and more modern alt-rock radio. The Austinites released first album Trends last fall. – Michael Toland

9pm, Half Step
If you think a paisley funk band hinging entirely on songs about foot fetishism would have a limited catalog and shelf life, you're probably not from around here. Austin's Foot Patrol – led by blind frontman, keyboard wiz, and unabashed foot worshipper T.J. Wade – has been pedaling sonic podiatry for nearly a decade. Fifth full-length KTOES rides the "SOLE Train." – Thomas Fawcett

10pm, Maggie Mae's
New single "Al Sol de Noche" came out March 1, and with it arrives a new sound for this Santiago, Chile, trio. Gone are the long-favored guitar lines used as the guiding force in their songs, replaced by synthesizers, which culminates in a cleaner, darkwave electronica. Genre-bending since their inception in 2008, swinging between punk and tamer, Local Natives-esque indie, Miss Garrison turns the page. (Also: Wed., 11pm, Sledge Hammer) – Libby Webster

10:10pm, North Door
Jwl B, Shon B, and Shunda K spit debauched, X-rated raps over banging electro club beats as part of the all-female Tampa trio Yo! Majesty. "Booty Klap" and "Kryptonite Pussy" prove the queer crew has mastered the art of the song title, but the latter remains their signature track because, well, how the hell do you top this: "I got that Kryptonite Pussy – yo' punanny betta make that money!" – Thomas Fawcett

11pm, Saxon Pub
After a three-year hiatus, local alt.country foursome Shurman returned at the end of 2015 with East Side of Love. An intimate look at lead singer and songwriter Aaron Beavers' journey from deep depression to a rejuvenation through the band as family brought the band to a whole new level in terms of both songwriting and musical roots. That made things right. – Jim Caligiuri

11:10pm, Speakeasy
Brooklyn rhyme-spitter Nitty Scott MC is hard to pin down. Since arriving on the scene via a lo-fi viral freestyle over the "Monster" instrumental, the proud Afro-Puertorriqueña has channeled vintage Digable Planets on "Flower Child," rapped about aliens on the spaced out "U.F.O. (Unfiltered Offering)," and occasionally dropped fierce bars over boom-bap beats like ... oh, never mind: "I hate when they reachin' and try to compare me to Nicki. Maybe to Iggy – bitches you dizzy? My name be Nitty, got my own committee." – Thomas Fawcett

12mid, Continental Club
Native Austinite Tameca Jones finally released her debut, an EP called Naked. Over the past 10 years, she's developed a following with her distinctive interpretations of other people's music, which gained her a mic shared with Little Steven Van Zandt and Charlie Sexton at last year's Austin Music Awards' Ian McLagan tribute and a slot that fall at ACL Fest. She's a uniquely contemporary soul-pop singer-songwriter on her own and can be heard on Gary Clark Jr.'s latest LP. – Jim Caligiuri

12mid, Speakeasy
Kiran Ghandi is cooler and smarter than you. The "liberated boss madame" crammed for her Harvard MBA exams while flying between international gigs as the drummer for fellow desi M.I.A. Ghandi has also collaborated with Thievery Corporation and last year made international headlines for running the London marathon while "free-bleeding" on her period. She lays percussion and vox for Madame Ghandi with beat/production help from Alexia Riner. – Thomas Fawcett

12mid, Javelina
Math rock can be clustered into a mélange of stereotypes: odd time signatures, erratic guitar melodies, and a technical prowess that takes years to master. Hikes checks all these boxes and more, yet there's an effortless and elegant quality to the Austinites' songwriting on their self-titled debut. Their sound slides between aggressive spurts of jumbled jazz chords and reverb-drenched melodies in a matter of seconds. – Alejandra Ramirez

12:10am, Palm Door on Sixth Patio
From Sister Nancy to Lady Saw to Sister Carol, Jamaica has a long tradition of ladies who rule the dancehall. Tanya Stephens is squarely part of this legacy and has scored a couple of massive international hits with 1996's "Yuh Nuh Ready fi Dis Yet" and 2004's "It's a Pity." On her 2014 LP Guilty, Stephens confesses to the crime of killin' it with her rhymes. – Thomas Fawcett