pdf
ON THE COVER:
Here Comes the Guv
news 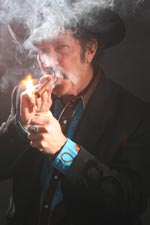 Kinky Friedman lights up his campaign

More races to watch, up and down the ballot

SOS: The Amendment That Didn't Bark

It takes a real Aggie to spot an Aggie wannabe

White House turns what could have been a forgivable hunting accident into suspicious cover-up, replete with excuses, denials, and, of course, no apologies

Point Austin: Not So Smart

President Pinocchio speaks to the nation; and Lobbyists reject restrictions

A young chef shines, but with a menu short on surprises

If Tejano music isn't on the radio, does it still exist?

It's been rough out there, for you, me, Red River, Knife in the Water, and R. Kelly. Who else is 'Trapped in the Closet'? 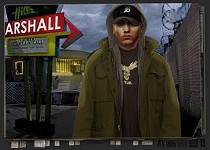 P.J. Raval the first to be fêted

Stop me if you've heard this one before: A Latino goes to an audition but doesn't get the job because he's too ethnic

Jean Renoir shot it in 1938, just as Hitler's troops were occupying the Sudetenland and Neville Chamberlain and his band of appeasers were bending Europe's back to the whims of the Third Reich. So, you'll forgive him for making such a dark picture.

In this challenging, tension-agitating film a privileged French couple become vulnerable when menaced by an unseen observer who constantly watches them.

We smell penguins, even though Eight Below's animals are really a pack of sled dogs in a wonderful man-and-dog movie.

This high-tech heist thriller is like a For Dummies guide to the genre.

This Richard Price story about simmering racial tension that boils over during the course of a police investigation is choppy and erratic.
arts & culture

In the concert Musical Moonlighting, Baroque ensemble La Follia focuses on compositions by people who spent their days working in fields other than music

It's a new year, and the State Theater has a new artistic director, who has announced some new additions to the theatre's season

Figuring dance and music to be great tastes that taste great together, American Repertory Ensemble aims to bring those art forms together in an organizational peanut butter cup

Stella Adler and the American Theater

UT's Harry Ransom Center, which acquired the complete archive of Stella Adler, celebrates her impact on American acting in the symposium Stella Adler and the American Theater

The Jewish Community Association of Austin production of 'Hello Muddah, Hello Fadduh!' is that rare revue where you actually care about the characters and what happens to them

In Teatro Vivo's staging of 'Rosita's Jalapeño Kitchen,' a full cast acts as ingredients for recognized recipes to Mexican life

'Oh Mother' is refreshingly eclectic in its celebration of its theme, its dances as individual as the children of the women who dance so eloquently in it

How a rejected candidate can win back hearts and minds

Our national self-doubt and self-conflict are nothing new, but what is new, in the last 40 years or so, is a state of confused and conflicted values. It is the signature of our era that we live in a world so unstable that its limits may be tested merely by a bumper sticker.

Tom Ford is creepy and Stephen travels to Houston for fabric

What can be done to counter the side effects of chemotherapy and radiation?

The U.S. men take on Guatamala in Frisco, Texas, and more