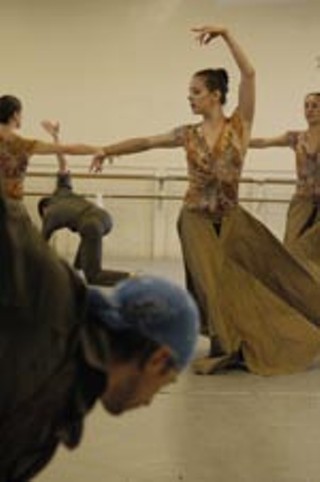 Lisa Washburn, center, and Anne Marie Melendez, right, get in step with other Ballet Austin dancers.

They're out there already, working out their fresh moves, developing the original steps that will change the form of dance in the coming generation, the Martha Grahams and George Balanchines and Deborah Hays of tomorrow. They're busily transforming the art of choreography today, and yet they're largely hidden from our view. They work under the radar in storefront studios and warehouse theatres and low-rent lofts, where their explorations in movement may be seen by a few dozen people at best. So if these artists are to influence the direction of dance, how do they make that leap to a larger audience, to the national stage, where their evolutionary efforts can be more broadly appreciated?

Ballet Austin has an idea, and this week the company is bringing it to the stage. Two parts Arthouse exhibition and one part American Idol, this program brings a trio of the country's sharpest new dance makers to Austin, has each set a piece on company dancers, presents them all publicly, and has professional jurors and audiences vote on their favorites (with cash prizes being awarded). New American Talent/Dance takes its title from Arthouse's annual juried exhibition showcasing, well, new American talent. For 20 years, Texas' statewide visual arts association has been soliciting work from emerging artists all across the country, having an art-world professional pack some of the most outstanding work into one show, and sending it on tour for a couple of years. The program has given young creators invaluable exposure. If that could work so well for early-career painters and sculptors, wondered Ballet Austin artistic director Stephen Mills, why couldn't something similar work for the country's choreographers?

So he set about creating a comparable showcase for dance. Despite his company's name, Mills didn't want this to be limited to ballet. "Ballet, modern, tap, whatever, as long as the work was solid and the proposal was strong and interesting," he says. As with Arthouse's program (and American Idol, for that matter), the showcase would start with an open call for entries and use professional jurors to determine the finalists. It was important to Mills that the finalists be rewarded financially: "I think the craft of making dances is in sort of a precarious place right now, because of lack of funding, because audiences seem to be shrinking. Money is always at the heart of it." But he wasn't all that keen on reducing the work to a winner-takes-all competition. "I decided to set the prizes up so that it wasn't one artist receiving all the money or a ranking of first, second, third, meaning one is less valuable than the other," he says. So each of the three jurors will be given $5,000 to award to the choreographer of his or her choice. And on top of that, at each performance, the audience will get to vote on its favorite, with the popular choice receiving $1,000. "So there's a possibility that everyone will receive the same prize money," says Mills.

Applicants were asked to write about the work that they wanted to make for the company and about how they thought this project might be significant to them and their future. Most importantly, they were asked to submit two samples of their work, each 10 minutes in length, the reasoning being, says Mills, that "anyone can find a minute's worth of great material in a horrible piece, so we asked them to send 10 minutes of work, two samples of that, that best reflected what they did." 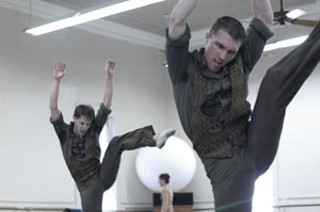 The company didn't really know what kind of response to expect for its inaugural talent search, but it was pleasantly surprised when a couple of ads in international dance publications drew a full 50 applications. Equally surprising was the variety of dance styles among the applicants. "It was all over the map as far as what people were already doing and what they were interested in doing," says Mills. "You know, we're called Ballet Austin, but we only received two submissions from ballet choreographers. All the other ones were from contemporary choreographers – some very contemporary." Mills isn't entirely sure why the contemporary work so far outweighed the ballet work. "I like to think that the reputation of the company around the nation at large is that we're a contemporary ballet company," he theorizes. But then he adds, less optimistically, "I fear perhaps that ballet choreographers are not progressing at the rate that contemporary choreographers are. When you say ballet, people put themselves in a little category, and it too often becomes Balanchine derivative or Petipas derivative, without a clear idea."

A team at Ballet Austin winnowed the 50 applications down to six, which were forwarded without labels to the three jurors – Virginia Johnson, editor-in-chief of Pointe Magazine; John Meehan, director of American Ballet Theatre's Studio Company; and Dwight Rhoden, artistic director of Complexions – so they could make a blind selection of the finalists. They narrowed the field to three – Thang Dao and Thaddeus Davis of New York, and Sonya Delwaide of Berkeley, Calif. – but as Mills notes, what an eclectic group of three: "One is an African-American who does a lot of work en pointe. Another artist, his family escaped Vietnam at the end of the war and moved to the States, and he's going to NYU, getting his master's degree. The other is a female choreographer from Quebec who has moved to the States, has married, and started to raise her family here. So it's really diverse and really interesting to talk to these people about why they make work." (See also "The Talent" sidebar.)

Since last October, each finalist has come to Austin for a 10-day residency to set his or her work on the Ballet Austin company. And those visits have tempted the company director away from his desk more than once. "I sneak away sometimes to go up and just watch" says Mills. "I know that I make them nervous when I go sit, so I try not to sit very much. But I try to find ways to be in the studio and watch how they do it, because it's interesting to me just as a dance maker. It's interesting to know how other people do it. Thang is very young. Sonya is older. Thaddeus is between the two of them. Thaddeus has made a lot of work. Sonya has made less. Thang has made almost nothing. So to me it's really interesting to watch them in the studio."

Mills notes that the company has never before had three choreographers all making new work at the same time. "It's a very laborious process," he says. "So that in itself has been a challenge." But he speaks with pride of the way his dancers have met that challenge. "I think that my dancers are actually two steps ahead of any choreographer that comes in, because they know the difficulties in making new work. So they anticipate what's going to happen and are ready to react. I don't have any dancers who sit back and wait for it to happen." Those are qualities that the artistic director hopes have grown out of his own work with the company. "I like for people to be involved mentally, not just physically. I like for them to be emotionally attached to what it is that they're doing and have an emotional investment in the work," he says. "I hope that I've been able to cultivate that along the way so that when people come in from outside, they're anxious to be a part of the process, which perhaps isn't their process. They're interested to know how other choreographers do it. I'm very proud to work with these people. They give me everything I need when we're in that studio, so I trust that they're giving the same to these choreographers." A beat. "They better be."

This week will tell the tale as the company presents all three new works for four performances at the Paramount Theatre. The order of the dances will be shuffled every show to minimize the effect of their placement on the audience response – which will be measured at the end of each performance via special call-in numbers that audience members with cell phones will be able to dial to register their approval for one of the three dances. After a quick tally of votes, a cash award will be given to the crowd's choreographer of choice.

Mills notes that there's no dance showcase or competition quite like this in North America. Ballet Austin has come up with something new to connect more people to dance – which seems all the more fitting when the dance itself is new, too.

Born in Danang, Vietnam. Graduated from Los Angeles County High School for the Arts. Recipient of the Dorothy Chandler Music Center Spotlight Award in 1997. Studied at the Juilliard School and received his BFA in dance from the Boston Conservatory. Has danced for the Yard (Bessie Schonberg residency), Boston Dance Theater, Avila/Weeks and Pick of the Crop, and Stephen Petronio Company. Currently working on his MA at NYU's Gallatin School.

In a New York Times review of his 2002 dance, Concerto for the Lost, Jennifer Dunning wrote that "an intensely emotional subtext that pushes through the dance's cool, formal values and patterning." Of Dao himself, she wrote that he "knows how to put movement together so that it flows logically. … And he is wise enough to accept that there are riches still to be mined in traditional dance styles." 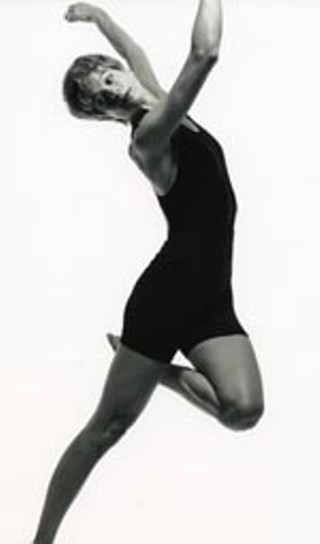 Her work was described in the San Francisco Express as seeming "to epitomize a postmodern fusion of the Balanchine/Cunningham aesthetic with the punk expressiveness of the Eighties – geometric clarity and a ruminating, personal, sexually prickly style."

In The New York Times, Jennifer Dunning has written that Davis has a "gift for unobtrusively imaginative choreography that flows in a seamless, stylized whole."