Stella Adler and the American Theater

Changing the course of acting 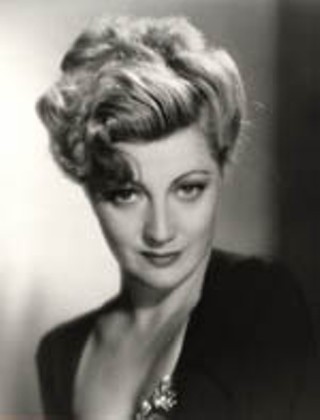 As an actor, the young Marlon Brando was energy and desire set on a tight spring, coiled like no one before him. He trained with Stella Adler. So did Warren Beatty, Martin Sheen, Harvey Keitel, and Robert De Niro. Put those names together, and you have much of the last century in American cinema.

Adler, who came from a theatrical family, started as an actor but ended as an icon of American acting. You can see it not just in film, but in Austin right now. In the 1930s, Adler was a member of the Group Theatre, which pioneered the idea of the ensemble acting company. Local stage companies such as Salvage Vanguard Theater, Rude Mechs, and Bedlam Faction are founded on the same principles, and even local companies not recognized as ensemble companies, such as the Zachary Scott Theatre Center and Austin Playhouse, have groups of actors identified with them. Adler also was the only American actor ever to train with Konstantin Stanislavsky, the man most responsible for the modern evolution in acting. Adler incorporated his unique and, at the time, wholly new approach, now known as "the Method," into the theory she taught to three generations of actors at the Stella Adler Acting Studio.

In 2004, UT's Harry Ransom Center acquired the complete archive of Stella Adler, a body of work that documents the arc of American acting in the 20th century. This week, as part of the HRC's Signature Series, her life and work will be showcased in a two-day symposium, Stella Adler and the American Theater. On Friday, Feb. 17, at 7pm, Charlotte Canning and Lucien Douglas, associate professors in the UT Department of Theatre & Dance, will re-create Adler herself using the technique she pioneered. On Saturday, Feb. 18, at 2pm, Mary Moody Northen Theatre Artistic Director Ev Lunning Jr., who took master classes from Adler at Yale in the late Sixties, will screen video from the archive and discuss his personal experiences as a young actor learning from Adler. Both events will occur at the HRC, 21st and Guadalupe streets. Then, at 7pm on Saturday in the Texas Union Theatre, Peter Bogdanovich, also an Adler student, will do a Q&A hosted by the Chronicle's own Robert Faires, followed by a screening of Bogdanovich's breakthrough directorial effort, The Last Picture Show. All these events are free and open to the public. For more information, call 471-8944 or visit www.hrc.utexas.edu/adler.