The Jewish Community Association of Austin production of 'Hello Muddah, Hello Fadduh!' is that rare revue where you actually care about the characters and what happens to them 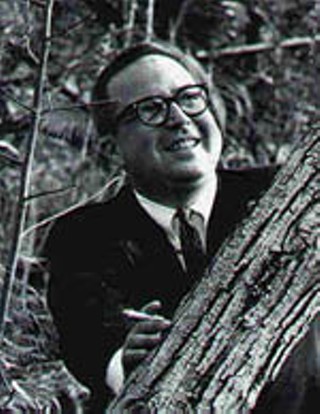 Upon hearing the title of this musical revue, anyone born within shouting distance of 1960 can tell you what comes next. Allan Sherman was the "Weird Al" Yankovic of his time, writing and performing parodies of well-known songs such as "Shine On Harvest Moon" (here titled "Shine On Harvey Bloom") and "Greensleeves" (here "Sir Greenbaum's Madrigal"). While the song about the nice Jewish boy spending his summer at Camp Granada is unquestionably his best known, Sherman had a lot more in his oeuvre than that one. Enter Douglas Bernstein and Rob Krausz, who conceived and wrote this tribute to Sherman and his music.

Musical revues are an interesting phenomenon. A musical is a story told with song, but a musical revue is a group of songs cobbled together with a story that usually serves as the flimsiest of threads. This Jewish Community Association of Austin production at their Theater at the J is just that, but with one slight difference: You actually care about these characters and what happens to them. Don't give the credit for that to Bernstein and Krausz, though, because the story they use, about a young Jewish boy named Barry being born, growing up, and growing old, is as flimsy as the story in any other revue. Give the credit to the actors and to director K.C. Gussler and musical director Jan Seides.

Rarely have I seen a group of performers so committed to a director's vision, their material, and one another. Often productions are judged on the way they look rather than what's happening on the stage, and should you attend, you won't see a brilliant set, although Ann Marie Gordon's oversized postcards, side stages, and high-quality slides set the scenes more than adequately. You also won't see brilliant costumes, although Ia Layadi always dresses the characters appropriately. You will get an exquisitely balanced sound design by Jeff Miller, who uses body mics for the performers, thus allowing every word of every song to be easily heard, and balances the voices with the uncredited, unseen live band that never overwhelms the singers.

Most importantly, you'll get five performers who sell their material like it was Rodgers and Hammerstein or Andrew Lloyd Webber. Fresh-faced Blake Simmon plays the boy Barry with requisite innocence and energy and manages to grow old believably through the course of the story, as does April Burge, who plays Sara, Barry's love interest. All the actors play multiple roles, but James Chapman, Kirk German, and Emily Bem play the most. German and Bem stand out, German for his great sense of comedy and timing and Bem because she has the pipes to take the roof off the house and plays a Jewish mother as well as any actual Jewish mother.

What a wonderful cast! What a tribute to the musical talent we have in Austin! The performers sing beautifully, they dance their hearts out, and there's no question that their sole purpose is to entertain you. Put as precisely as possible, they have a lot of fun. And you will, too.