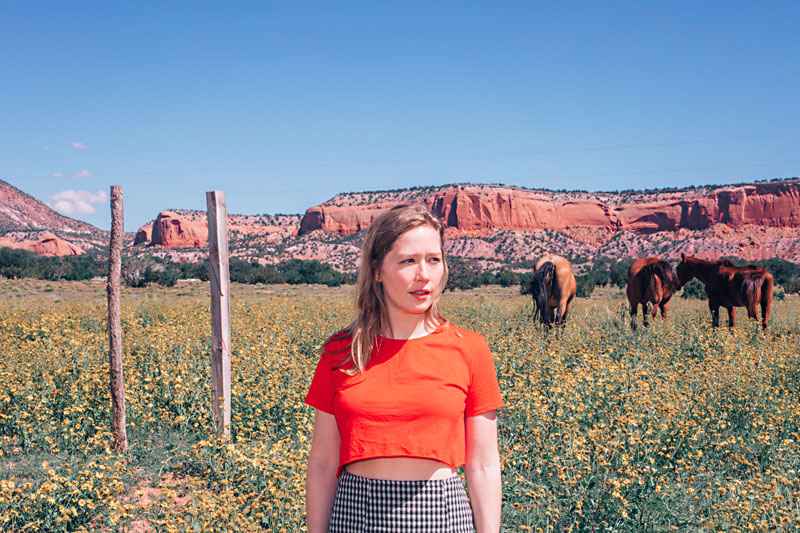 Photo by Nick Mckk
“The scary part is getting caught in the idea that the best songs can only come from pure emotion with a dismissal of the craft, which is just so not true.”

Julia Jacklin's a master of subtle revelations. February's sophomore LP Crushing burns with a quiet intensity amidst guitar-folk sheen and the velveteen texture of her voice. The album zeros in on the reclamation of self, physical and mental, in the aftermath of life's ordeals and unfolds a cinematic feel.

"I feel weird if a song doesn't have a strong visual accompaniment – feels like it's missing something," emails Jacklin from the kitchen in her childhood home in Australia's Blue Mountains, some 40 miles outside of Sydney. Mindful of burning out, the multi-instrumentalist is taking a rare break amidst a flurry of touring and approaches songwriting with that same deliberateness.

"The scary part is getting caught in the idea that the best songs can only come from pure emotion with a dismissal of the craft, which is just so not true," she says. "I listen to Gillian Welch all the time and that is the highest level of song craft to me ... She's not weeping on her guitar and recording whatever comes out. She's making real decisions that produce excellent songs.

"I always worry that if I labor over something I'll destroy its beauty," she adds, noting that brooding opener "Body" took multiple attempts to perfect.

That body motif lingers across Crushing as an unintentional through line, according to Jacklin. While 2016 debut Don't Let the Kids Win came from a place of inexperience with no audience in mind, her latest full-length grips with the sound of a songwriter arriving. Jacklin credits that to a newfound liberation in the studio, but notes one aspect that hasn't changed.

"What has stayed the same is my conviction in myself. I've never spent too much energy worrying about if something's good or not."