Asleep at the Wheel fanatic steel lines the BMI stage 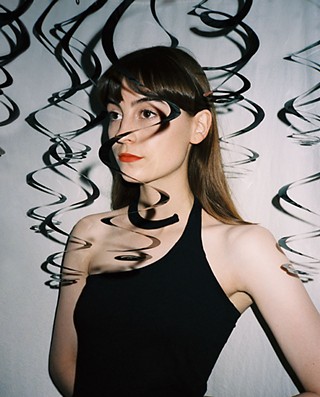 Asleep at the Wheel actually performed at her parents’ Texas wedding, and later accounted for Faye’s first concert.

Faye Webster grew up watching and rewatching a vintage Austin City Limits taping of Asleep at the Wheel on DVD. The iconic Austin troupe actually performed at her parents' Texas wedding, and later accounted for Faye's first concert. Now a 22-year-old proprietor of her own songwriting project, the Atlanta singer builds catchy pop songs from Americana and folk foundations.

"I remember going to an Asleep at the Wheel show, standing in front of the pedal steel player, and just drooling," adds Webster of the instrument, played by Matt "Pistol" Stossel on the album. "I didn't necessarily want to do [country music], but it definitely found its way into what I do."

After her upbringing in Western swing, Webster embedded in Atlanta rap as a teen by snapping portraits of major players like Offset and Killer Mike. Her latest scene documentation occurred at Cleveland's World YoYo Contest in August. The songwriter yo-yos onstage during live performances, an interest sparked by meeting competition wiz Zion Wilson Chambers.

"[Chambers] showed me insane tricks I didn't know were possible," recalls Webster. "That was the tipping point. I'll go through phases with things, and I won't stop until it's perfected or I'm totally obsessed with it."

Webster even added a custom yo-yo to her merch catalog, named "Pigeon" after her lovesick track. Across songs, the LP revisits a sense of enclosed sorrow. Twangy single "Room Temperature" even repeats longingly, "I should get out more." Off for a few months before beginning an October tour at ACL, Faye found peace with long afternoons of homebody behavior.

"Seriously, I couldn't even tell you what I did today," she admits. "That's what I look forward to when I don't have any obligations."