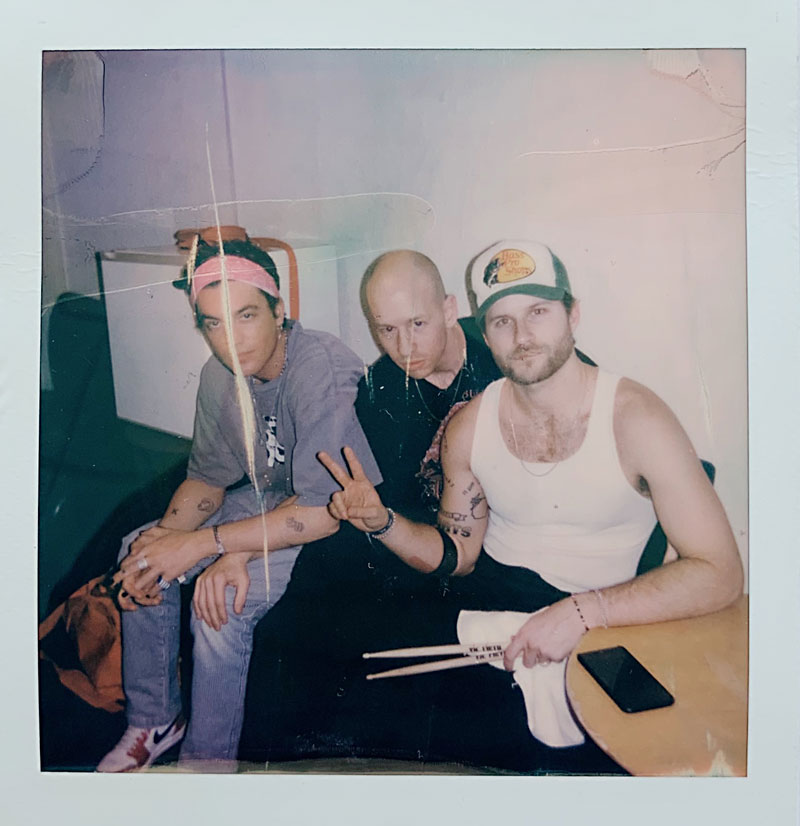 Last year's sophomore LP Malibu Nights may not have the extensive 16-track listing of their eponymous 2017 debut, but LANY (Los Angeles New York) produced a dream-pop deep cut obsessing on a broken heart. As the L.A. natives prepare to get back into the studio, frontman Paul Klein and fellow bandmates guitarist Charles Leslie "Les" Priest and drummer Jake Clifford Goss set a definitive goal for themselves.

"We've just started the writing process, but I'm really trying to dive into the deeper meanings of the human experience, like coming face-to-face with the inevitable," Klein states. "Our parents are going to die, we're going to die, we're getting older, time is moving. What's important, what do we place value on?

"I have an uncle and I had this thought: 'Man, every time I see him could be the last time,'" admits the singer. "There's also times where you go through life and you're like, 'Holy shit man, this girl, she only calls me when she's drunk.'"

The trio's toured the world by way of festivals including South by Southwest, but this is their first performance on an ACL stage.

"It's crazy, I feel like this might be the last [major] festival we haven't played yet," the 31-year-old concludes. "We're really pumped to have that sunset slot."