Superstar teen proves she should’ve been a headliner 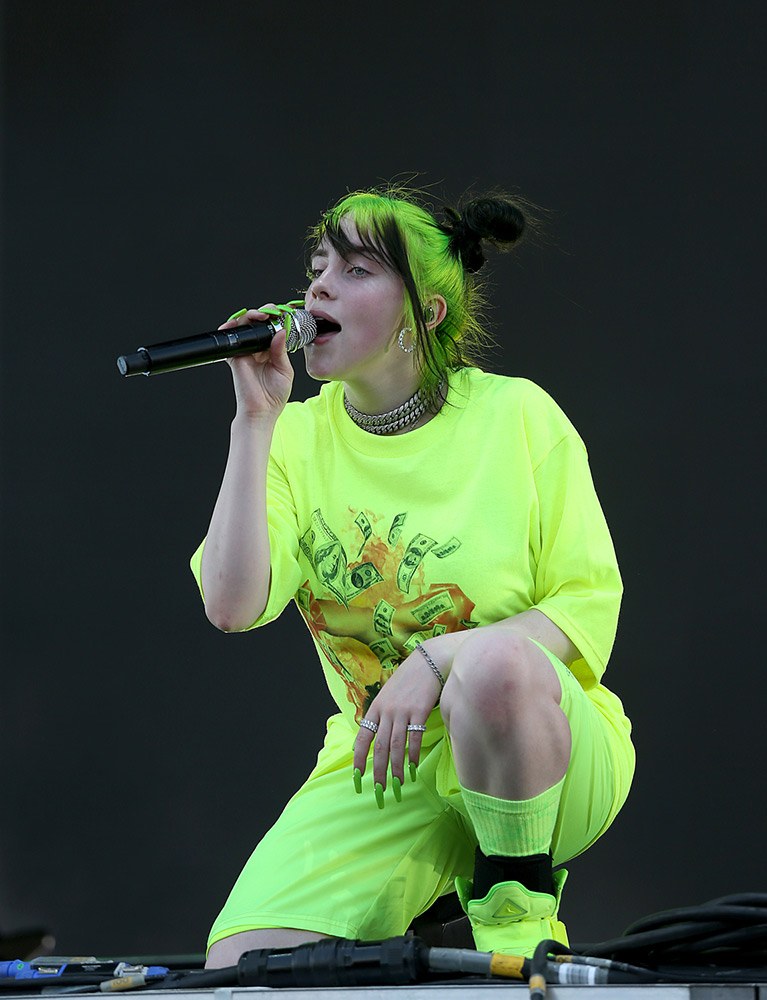 Complete pandemonium ensued the moment the 17-year-old stepped on the Honda stage in her baggy, head-to-toe cyber-goth lime green ensemble. Despite a walking cast on Eilish’s right foot, she immediately launched into her signature loose dancing as the opening beats of chart-topping “Bad Guy” began. Her whisper-speak nearly got drowned out by teenagers screaming the lyrics.

The sprawling crowd converged into one jittering, chaotic mass, a healthy mix of reverent fans and folks unfamiliar with the global phenom’s saccharine, off-kilter pop.

The hour set proved her true singing chops. Pulling from this year’s debut When We All Fall Asleep, Where Do We Go? and her 2017 EP Don’t Smile at Me, the slow-moving, old Hollywood glam of piano-driven “Xanny” and stomp-clap “Wish You Were Gay” left space for a clean, classic vibrato to shine.

The L.A. teen commanded the stage with a preternatural bravado, a gripping performer while lying down during “When I Was Older” and later dropping into a sharp backbend during nightmarish set closer “Bury A Friend.” Brother Finneas O’Connell held down backing vocals, bass, guitar, and keys, alongside a razor-sharp drummer, but the singer’s neon shape darting about felt larger than life.

Eilish remained disarmingly intimate despite the size of the stage.

“You guys – I keep burping up Chipotle,” she sputtered at one point, laughing. Later, during the sparse, pretty “Ocean Eyes,” the surprise hit ballad that launched Eilish’s career, she descended into the crowd, enveloped in a screaming sea of hands and iPhones. Sure, the teen’s ascent to second-biggest slot at a major festival seems to have happened overnight, but Eilish’s triumph of a sunset set screamed “should’ve been a headliner.” Maybe next year.

For weekend two, her spectacle’s the one to see. 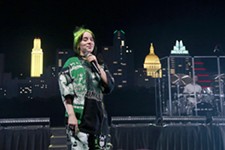 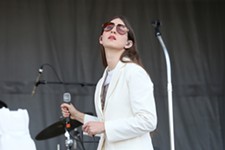 Weyes Blood
All aboard for astral pop magic