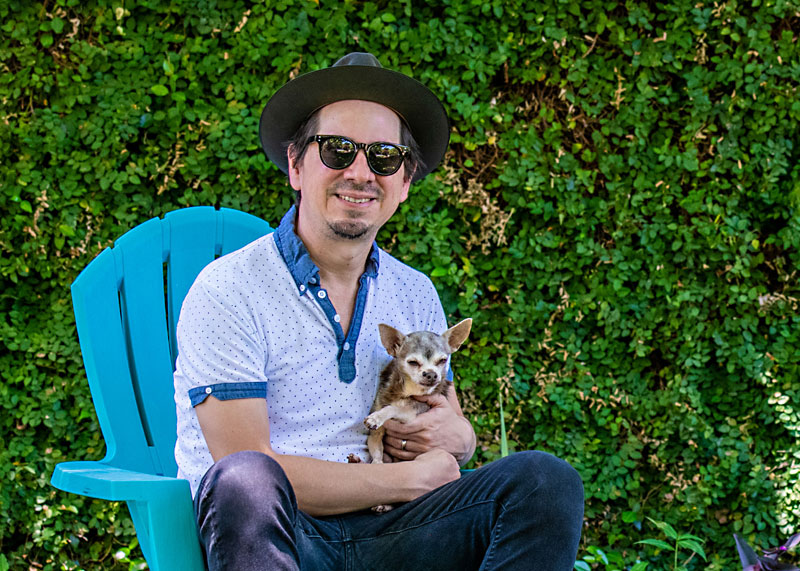 There are two shining exemplars of Texas excellence that remind me of Adrian Quesada. One is H-E-B. The regional grocery store chain is superior to national competitors but unwaveringly true to the Lone Star State. The other is the San Antonio Spurs. That basketball team remained the most consistently relevant force in the NBA for an improbable 20 years – which, fittingly, is how long Quesada has been consistently relevant in Austin music.

That streak has extended through a multitude of projects. Grupo Fantasma, Brownout, Spanish Gold, and his latest, Black Pumas (which just earned three Grammy noms this week), have all garnered separate sizable fan bases and critical acclaim. He's also a capable backing musician, having played behind GZA from Wu-Tang Clan and Prince. Still, the Laredo transplant's most outstanding qualities are collaboration and execution.

That was perhaps best evidenced on Look at My Soul, a 2018 monster compilation of grooved-out Latin soul spiked with sharp horn lines and echoey guitar. More than just the collection's producer, Quesada conceived, recorded, played on, and talent-scouted the Amazon Music-sponsored affair, which featured elder statesmen like Ruben Ramos and David Hidalgo along with talented townies such as Johnny Hernandez, Tomar Williams, and Charlie Sexton. The cultural synthesis at hand was pure Quesada – repping the diverse sounds of Texas music. He did that – and more – again in September with "Walk With Me Austin" an astonishingly cohesive 45-artist "We Are the World"-type track that promoted healing and social progress. In a harrowing year, it was perhaps the singular piece of art that represented bringing the community together.

Meanwhile, the father of two continues to contribute to the success of others in the city. His Electric Deluxe studio exists as a wellspring of great local music – it was there that the title track to Gina Chavez's recent Latin Grammy-nominated album La Que Manda was recorded. Despite his international reputation as a Midas-touch producer and musician – a profile that's continued to grow with the interstellar trajectory of Black Pumas – Quesada's remained fully entrenched in Austin, and we're thankful for that.