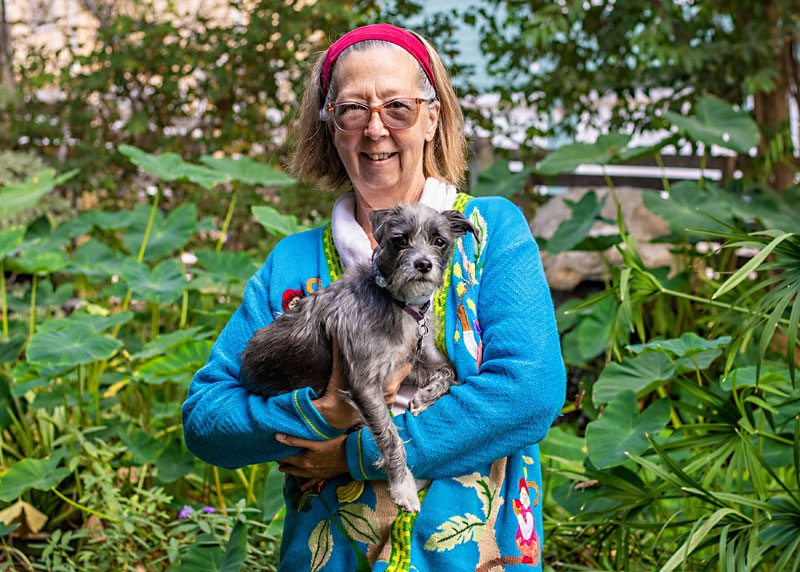 2020 is the year when the dam finally broke, releasing a flood of public sentiment demanding true justice, the pent-up energies of several decades of pressure on Austin's inefficient and inequitable policing and court systems. Many advocates and activists have put their backs and shoulders into this work; amidst them has stood Kathy Mitchell, always serious but always compassionate, armed with the research and data and analysis that turns those demands into strategies for equitable justice. Often, her message has been simple: The things we're doing in our criminal justice system just don't work. For example, as the police union loudly insists that Austin has too few cops, a close analysis of the city's own 911 calls shows that less than 1% of officers' time is spent responding to serious crimes. Mitchell's work has made it possible for City Hall to contemplate de-policing on a scale that responds to the public's demands - looking at ways that trained mental health workers, or code enforcement specialists, or victim services counselors, or others can do work that we now, reflexively and without much return on investment, assign to police. (That includes moving 911 dispatch itself outside of the police department.) Her work has been pivotal in the process of reform that's informed not only the current city budget overhaul of APD, but also the contract with the police union and the formation of the Office of Police Oversight.