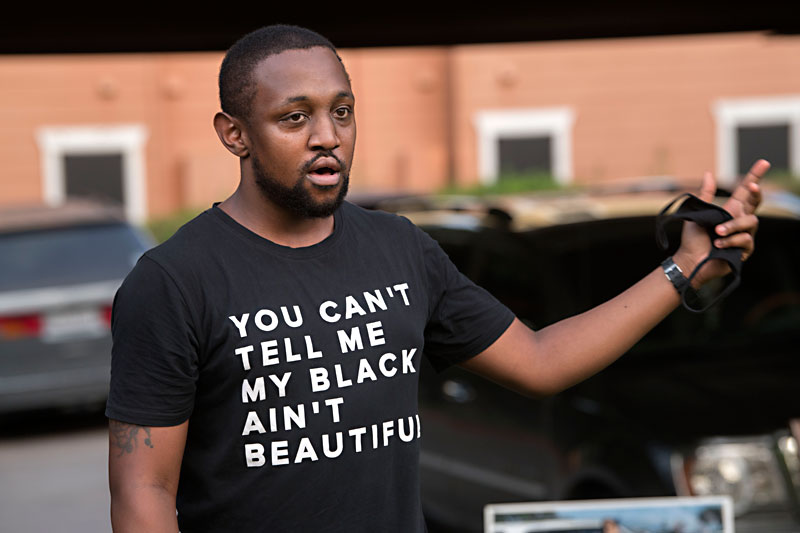 If you hold a political rally and 10,000 people show up, you should have someone up front that they'll listen to. That's especially true when the rally is supporting Black lives and a substantial chunk of your crowd is white. That's how it was on June 7, when the Austin Justice Coalition convened its Black Austin Rally and March for Black Lives and thousands of white Austinites, outraged over the murder of George Floyd and seeking an outlet for their indignation, poured onto the Huston-Tillotson campus to stand with the Black community and join in their march to the Capitol. Several speakers stirred and energized the assembly that hot afternoon, but it was AJC Executive Director Chas Moore who really spoke to the moment, candidly telling his white allies that while he was personally glad to have each one of them there, this wasn't about them, and it was less about the moment than the momentum – using the surge in community support to finally move the needle on policy changes that AJC and fellow organizations had spent years fighting for: Eastside preservation, equity in education, and, primarily, criminal justice reform that would save Black and brown lives. Moore's five years in the fight himself, attending endless meetings and addressing scads of government officials, could be heard as he called for allies in the long haul of this movement, and that day, people truly listened to him. AJC has a strong team, but Moore has been its face, and as 2020 has continued, he's become more and more the face of a justice movement in Austin, one that can speak truth in rallies, in hearings, and in the media, and people listen.