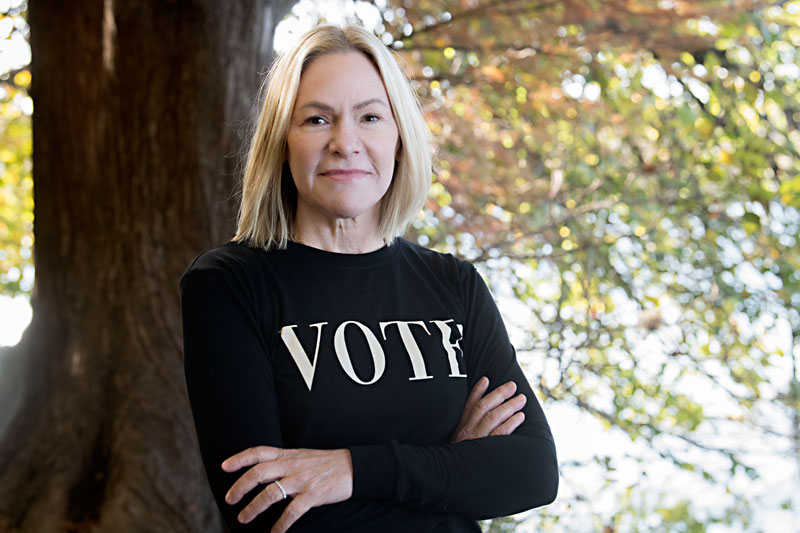 In a year that featured both the centenary of the passage of the 19th Amendment and the most consequential presidential election in decades, voting was at the forefront of Mary Herr Tally's mind. The longtime local philanthropist and activist (not to mention yellow-dog Democrat) felt so passionately about the women who fought for their right to vote that she poured her own time, energy, and resources into recognizing them for the benefit of her fellow citizens. Her website ATX Celebrates Women's Suffrage featured more than three dozen entries covering the history of the movement – in the nation, in Texas, in the actions of Black women and queer women, and more – alongside current efforts commemorating the suffragists' fight, with linked Facebook and Instagram pages that offered daily dollops of history, inspirational quotes, links to articles about the movement, reflections on it, and exhortations to women to exercise their right to vote this year. Tally wasn't only looking to the past; she felt just as strongly about the present, wanting the women of Austin to see how hard those who came before them had fought for their right to vote and for them not to let it have been in vain. She beat the drum for voter registration and "get out the vote" drives. And with an eye toward the future, she supported the next generation of women leaders by donating all proceeds from the sale of merchandise on her website to the Ann Richards School for Young Women Leaders and Huston-Tillotson University. The flood of crises in 2020 has kept us so focused on the now that it's tough thinking about yesterday, much less 100 years ago. But thankfully, Mary Herr Tally remembered the suffragists, and her personal mission to remind us of them has been an inspiration.