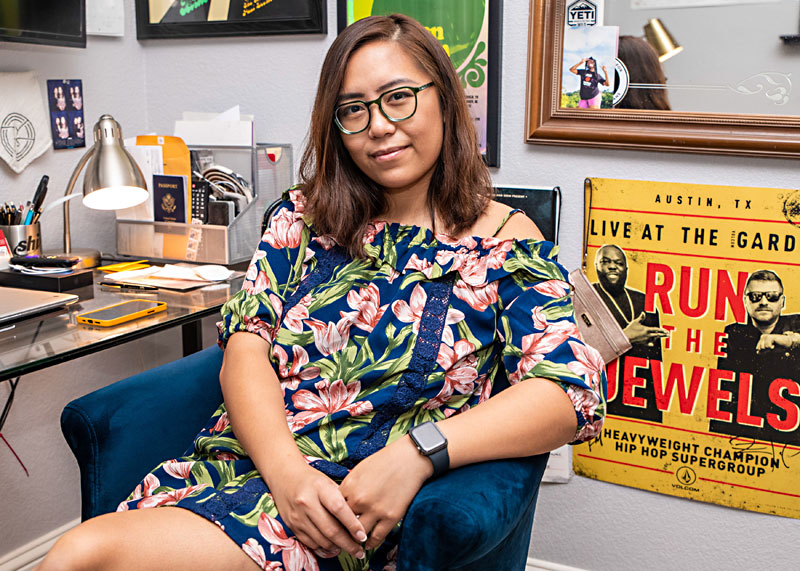 Founder of the burgeoning SoundSync Music, Nathalie Phan worked to help Austin musicians find film, television, and commercial placement well before this year's circumstances arose. In the homebound interim, SoundSync continues an ongoing Austin Music Foundation partnership through free online workshops and webinars, most recently a city of Austin Cultural Arts Division-sponsored workshop titled "Time to Pivot." Hosted by Phan over Zoom, the gratis event provided an opening to songwriters seeking information on the nitty-gritty of music sync licensing and the basics about copyrighting their works for audiovisual use. Phan is also the self-described head honcho (founder and CEO, that is) at On Vinyl Media Group, a multipronged umbrella that has since 2015 advocated for better infrastructure in the Austin music industry, taking a civic-minded and socially responsible approach to artist sustainability. As a St. Edward's freshman in 2012, Phan and a classmate founded Topper Radio, the university's first student-run radio station, still airing online today. Adding to her history as a board member of EQ Austin, this September Phan took a stand by voicing the urgent need for help to the local music industry, a hotel occupancy tax-generated Live Music Fund for the city notwithstanding.