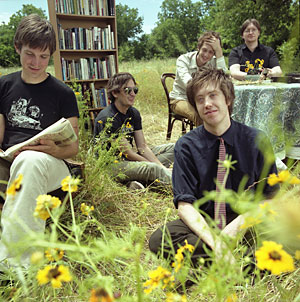 In the Rainbow Rain

I Am Very Far

True Love Cast Out All Evil

Down the River of Golden Dreams

Don't Fall in Love with Everyone You See

Stars Too Small to Use

Darkness in the Heart of Town

Will Sheff, one step forward, two steps back

Across a Wire: Okkervil River and Nakia hit prime time

Gearing up for the 2008 Austin City Limits Music Festival

Okkervil River's Will Sheff on the writing of The Stage Names

Old Settler's Fest digs in as Okkervil River's Will Sheff digs out, and Marijuana Law for Musicians tokes on

Okkervil River navigates the headwaters of its career

Local folk-popsters look for the doom in their Wheaties

Bloodletting the evil out of acoustic-trio Okkervil River.