Get in the Van

Considering the national average for gasoline prices reached $4 a gallon last weekend, it doesn't take a rocket scientist to calculate the toll taken on touring musical acts. "With diesel at about $5 a gallon, right now our tour bus runs at $1.60 a mile, and that's without our trailer," computes Broken Teeth mouthpiece and Dangerous Toy Jason McMaster. The veteran hard rock outfit canceled 10 dates of a two-week run in July after figuring that the 4,300-mile trip would cost nearly $5,000 in gasoline alone, roughly $1,000 more than the band's guarantees for the shows. "We have a new record out that we want to promote, but now we can't afford to rely on merch sales to get to the markets where we've been successful in the past. I've spent my entire youth and life as an ambassador of rock for Texas, and now I can't do it. My livelihood is dying." The grim irony is that with declining album sales, bands are being forced to tour more to make a living, even if it's costing them dearly to do so. "I definitely talk to agents who say they need their artists to get more in terms of guarantees now," says Transmission Entertainment booker Graham Williams. "At the same time, bands are coming through more than they probably should, which can hurt the turnout."

Local acts, in turn, are finding new ways to adapt to the hardships of the road. "We do two good shows before we leave [Austin], and we save all of that money because 95 to 100 percent of our door money goes straight to gas," says David Rodriguez of the Krum Bums, whose van was broken into in Montreal during the band's recent four-week, 27-gig tour. To help make ends meet, the DIY punk group also reduced its per diem money and toured without any additional hands to assist with driving and merchandise sales. Indie ATX trio White Denim pressed a limited run of CDs as additional swag to push on its national tour with Tapes 'n Tapes, while roots rockers Graham Weber and Leatherbag are backing each other and sharing a rhythm section for a short tour of the Midwest, leading to the latter's taping of a Daytrotter session. Joel Laviolette & Rattletree Marimba are taking things one step further, using the funds raised from their family dance party at Ruta Maya on Saturday to convert their school bus to run on waste vegetable oil. "It cost us $250 for a round-trip to Dallas," relates Laviolette. "We have to do something in order to be able to tour even regionally."

Piece of My Heart 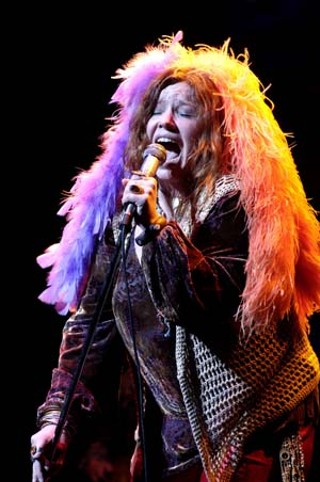 Janis Joplin left Texas, June 1966, nervous and a bit frightened, with promises of fame and fortune from former Austinite and Avalon Ballroom booker Chet Helms, but she never stopped looking back. Love, Janis, which opened at Austin's impeccable Long Center for the Performing Arts on Tuesday and runs through Sunday, brings the iconic blues belter to life through the letters she wrote to her family and friends, while local singer/actress Andra Mitrovich magnificently channels her tenacity and truth, particularly during a re-enactment of her breakthrough at the 1967 Monterey Pop Festival. "What it brought home the most to me is her sense of humor," says sister Laura Joplin, whose book of the same name inspired the show. "She had a way of talking and writing that was full of witty comments about life and what she was going through. To get past the grief and into her life again was to really remember the pleasure of her company." The latest incarnation of Joplin's Big Brother & the Holding Company revs up the ROT Rally Friday.

Gearing up for the Butthole Surfers' first reunion show, June 24 in Asbury Park, is proving no small feat. "I've been taking a lot of acid and jogging in the morning, seeing what I can remember," jests bassist Jeff Pinkus. "I haven't played some of these songs in, like, 15 years. It's actually sounding pretty good." Following two weeks of rehearsals in South Austin, the '89 lineup ships out soon to New York for full-band practices with Gibby Haynes and his newly found acolytes, the Paul Green School of Rock All Stars. "The kids prompted everything," Pinkus confides. "Gibby was already working them, and I think that gave everyone the itch to play too. I guess the other 18 bass players weren't available." As for a possible homecoming, Pinkus posits, "There's been some talk, but nothing's been confirmed yet." In the meantime, Pinkus' mainstay, Honky, has its hands full this weekend with the annual ROT Rally (see insert), including a benefit and tribute at Trophy's on Saturday afternoon to Brian Baxter, bassist for Teabag and Brewtality, who passed away May 15 after being hit by a truck on his motorcycle. Robert Allan Caldwell and Pinkus' sevenpiece "cuntry" band, Pure Luck, open.

The city of Austin has yet another monument to live music: a 19-foot-tall sculpture, commissioned by 360 Condominiums, that warps six of the most classic guitars ever designed: 1955 Fender Stratocaster, 1958 Gibson Flying V, the Gretsch Chet Atkins Country Gentleman, Gibson Les Paul, a double-neck GS3, and a Fender Jazz Bass. "It damn near killed me, but it's the most important piece I'll ever do," says architect Jim LaPaso, who constructed the piece in one month from scraps of metal found mainly in junk yards. "I dedicate it to all of the pickers in Austin."

Following in the tradition of 2005's Black Sheep Boy Appendix, Jagjaguwar is releasing Okkervil River's The Stand Ins, an addendum to last year's critically acclaimed The Stage Names, on Sept. 9. The 11-song album, the last to feature Shearwater's Jonathan Meiburg, was recorded in Austin and includes a sequel to "Savannah Smiles" ("Starry Stairs") and the curiously titled "On Tour With Zykos." "It's a good way to get something out of your system," explains Okkervil director Will Sheff. "Some of the songs have the same themes and are really coming from that same place and would sound a bit out of place if they were removed from that context."

• Rozone Productions, the locally based concert production and promotion company responsible for Merle Haggard's engagement at the Paramount Theatre on Wednesday, has secured management of the largest outdoor venue in the U.S., the amphitheatre at South Dakota's Glencoe CampResort. "We want to make this a pivotal destination like Bonnaroo," says CEO Dave Rosen of the 100,000-capacity venue, located on 900 acres and host to the annual Sturgis Bike Week.

• Local recording engineer and producer Tim Stanton, who operated Tim Stanton Audio from 1982 to 1997, died on Monday, June 2, due to complications from hepatitis C. He was 57.

• Like a delightful case of pinkeye, the Chronicle started gunking up the vlogosphere. Earache in My Eye, our new music video blog, goes live Friday. Tune in for a fireside chat with the Charles Potts Magic Windmill Band, and check back weekly for interviews, live performances, and more scenes from the scene. 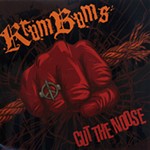