A River Runs Through It

Local songwriting savant Will Sheff led his folk-punk fivepiece, Okkervil River, through the wringer during the recording of their fifth LP. "It was a lot of crazyass work," Sheff sighs. "We ended up having to do it at three different studios; I lost my voice halfway through. Every aspect of it was horrible." After canceling a solo tour, a handful of band performances, and putting the album on hold for a month, things are getting back to normal for Okkervil. A mute Sheff was nearly the proverbial straw, but after extensive visits to a vocal doctor and a restricted diet, his voice is back to its sky-splitting intensity.

As the new, hard-won disc revs up for an Aug. 7 release on Jagjaguwar, Okkervil starts a round of shows, including an April 30 stint in NYC opening for Lou Reed, who's apparently a big Okkervil fan, and this Saturday's Hogg Auditorium extravaganza, a full orchestral show replete with an eightpiece string section, a fivepiece horn section, and backup singers from like-minded locals Brothers & Sisters. Sheff promises songs both old and new plus some covers and extras that may never be heard again. The band had planned to record the show for posterity, but due to UT regulations, no official recordings – audio or visual – can be made. There are, however, no restrictions on audience members recording for their own sakes.

The Okkervil orchestra performs at 8pm, Saturday, April 21. Tickets for the UT Hogg Auditorium show can be purchased at www.utpac.org for $10. Tickets bought for the Jan. 28 canceled show will be honored.

• Local indie-pop trio Oh No! Oh My! touched 38,000-plus attendees at Minute Maid Park in Houston. Well, kind of. The band's sunshiny "Walk in the Park," off last year's self-titled LP, beamed from the PA as the Astros lost miserably to the St. Louis Cardinals on April 8. Fresh off tour with Danish rockers Mew, ON!OM! plays a one-off acoustic show at Stubb's inside tonight (Thursday) with friends Let's Go Sailing. "Right now, we're in the midst of choosing a record label that we'll be with for the long-term," says multi-instrumentalist Daniel Hoxmeier. "It's just figuring out which one is right for us."

• The second annual Ram Jam, in memorial of San Antonio TacoLand patriarch and owner Ramiro "Ram" Ayala, who was shot and killed June 24, 2005, took place last Saturday, April 14, at Sam's Burger Joint. Ayala would've been 74 years old April 10. His assailant, Joseph Gamboa, was found guilty of capital murder by a jury and was sentenced to death on March 8. Co-defendant Jose Najera awaits trial. TacoLand doorman "Gypsy" Doug Morgan was also killed during the robbery. The legendary dive is now on the market.

• Austin's Charles Attal Presents strikes with a twofer. Austin City Limits Music Festival tickets went on sale Tuesday, April 17, for the early-bird rate of $120. The price will increase to $145 once those are sold out. The fest graces Zilker Park, Sept. 14-16, with the lineup announcement expected sometime in mid-May. Keep your eye on www.aclfestival.com. Chicago, meanwhile, hosts Lollapalooza 2007, which includes a strong Austin contingent: Spoon, Roky Erickson & the Explosives, Ghostland Observatory, and the Black Angels. Pearl Jam, Daft Punk, Ben Harper, and the Stooges headline Grant Park Aug. 3-5. Three-day passes are on sale now for $195 at www.lollapalooza.com.

• Congratulations to Fort Worth-born free-jazz mastermind Ornette Coleman for winning the 2007 Pulitzer Prize for Music for last year's exquisite Sound Grammar. That's pretty much the sweetest icing on the cake for that acclaimed masterwork. Once a Texan, always a Texan. 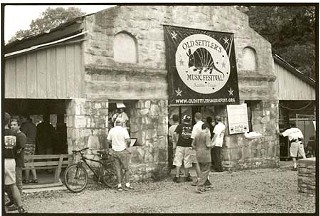 Twenty years of camping, picking, and crooning, and the Old Settler's Music Festival is still bringing in the sheaves. The fest has withstood flooding, venue changes, and now the retirement of longtime President Randy Collier. Whatever doesn't kill you makes you stronger. "This is a stabilization year," says new co-president and longtime OSMF arm Jean Spivey. "We're going to stay exactly where we are right now, more or less. We don't want to own the river. We just want to swim in it. We're the nice, comfortable, intimate, family-friendly, laid-back, rootsy South Austin festival."

Currently benefiting Camp Fire USA, SafePlace, and the Capital Area Food Bank, OSMF also holds several close-up performance workshops. Spivey sees even more of an opportunity for the Old Settler's name to seep into the Central Texas community in the future through a sort of arts in education initiative.

"One of our mission statements is to preserve and educate on roots music and acoustic music of all types," she explains. "Eventually, I'd really like some kind of partnership with the schools where we have artists come in early and get paid. That's a way of giving back even more to the community. There's probably room for it in the schools, and we could also have local artists as artists-in-residence. It's not just about putting on a really cool party, although it is a really cool party."

Rest of the Fests

With Two Hoots & a Holler, Sixgun Republic, Lomita, and more 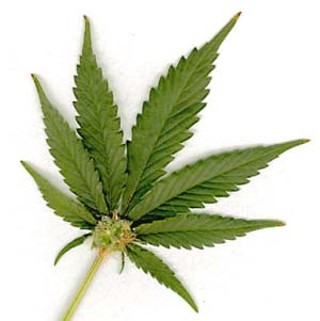 "If you live in the art-world scene, marijuana is part of that," posits Austin attorney and musician Charlie Roadman. "You start to think, 'Well, surely everybody understands that this is harmless,' but the police don't. They don't treat it like it's harmless. They treat it like it's against the law." That forgotten roach in the ashtray is all the cops need to haul your ass in, but Roadman is here to make that experience no worse than it has to be. Last year he started the Marijuana Law for Musicians: Know Your Rights seminar, held on April 20, naturally. The event was poorly attended. "Hundreds said they were coming, and I was trying to figure out why hundreds didn't show up," he laughs. "Then I thought maybe doing it the evening of 4/20 might not have been the smartest idea." Tonight, April 19, Roadman informs and delights at the Mohawk, 8-9:30pm. Everything from laws to how to minimize your punishment to the nude Matthew McConaughey story will be shared. Roadman is one attorney with his heart in the right place. "My mom thinks I'm going to get disbarred for doing this," he admits.
More TCB columns