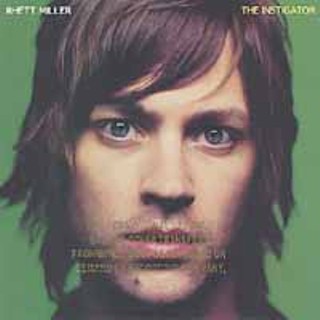 The Instigator (Elektra) One has to wonder how Rhett Miller's The Instigator would be received if we didn't already know his work with the Old 97's. Unfortunately for both him and us, we don't have that luxury. One can't help but compare his previous work with his solo debut, the reality being that The Instigator isn't that big of a leap from the past couple of efforts with his Dallas-based band. Whether it's a move in the right direction, however, is another question altogether. As a solo artist, Miller relies on producer Jon Brion (Fiona Apple, Aimee Mann), who uses a light touch and gives the songs a lot of room to breathe. In that sense, this is a departure from the Old 97's, whose last two albums have been dense and distorted. Nevertheless, Miller incorporates inflections from his past into The Instigator, from the charging train rhythm of "The El" to his sincere vocalizing on tunes like "Come Around" and the simple, direct way he has with words throughout. Brion adds a few touches to distinguish solo Miller from group frontman, whether it's using Robyn Hitchcock and John Doe for backing vocals, or bringing a Marshall Crenshaw-meets-the-Beatles guitar ring to a number of tunes. Fans of the Old 97's most recent work will surely snap The Instigator up with glee; in fact, anyone who likes their guitar pop sprinkled with a little angst will be pleased with what Rhett Miller has come up with on his own.