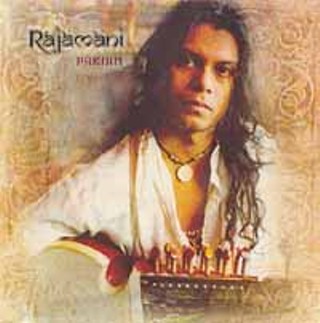 Pakiam Between India's plaintive, melismatic chants, and the spirited rhythmic torch of Spain's flamenco, there's a lot of terrain to cover, and it turns out to be an easy trip for seasoned multi-instrumentalist Oliver Rajamani. The Indian-born Austinite has played with Grammy-winning fame drummer Glen Velez, local creative iconoclast Tina Marsh, and rumba superstars the Gipsy Kings, yet here Rajamani leads a blood-coursing local ensemble in songs that bridge this geographic and stylistic distance, his voice wrapping contemplative Indian melodies in raw flamenco mournfulness. Proof is evinced in the linear and meditative "Kismath (Fate)," wherein Rajamani uses a sarod, the Indian cross between a gut-stringed guitar, violin, and lap steel, made famous by Ali Akbar Khan. In other songs, this classical instrument joins the cajon, a wooden box drum used in flamenco, but originating in Peru. How world-music is that? Same, too, on the orchestrated, nearly 11-minute-long tone poem "Ali Ellam (Erase Everything)," and the clap-and-chant-hewn "Dom (Drum)," which takes on a decidedly Moroccan air. The majority influences here are Indian and Pakistani, from such masters as Akbar Khan and Pakistani vocal supernova Nusrat Fateh Ali Khan, but flamenco luminaries such as Paco de Lucía show up too. With a host of local talent augmenting Rajamani's efforts, and with Rajamani's manifest ability cooked in Austin's stew for a while, Pakiam is what Indian Nobel prize winning poet Rabindranath Tagore meant when he said, "I touch God in my song, as the hill touches the far away sea with its waterfall." Spiritual.