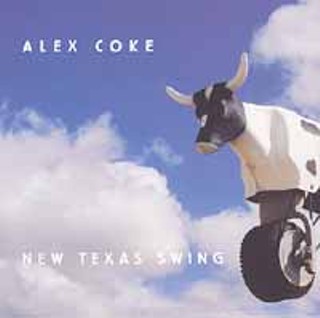 New Texas Swing (CreOp Muse) Texas music comes in all shapes and sizes, but rarely does it take the elusive form served up here by local saxophonist/flautist Alex Coke. New Texas Swing swings all right -- hard -- but certainly not in the traditional sense. The album's title is perhaps borrowed from NPR commentator Kevin Whitehead's book, New Dutch Swing, which examined Amsterdam's Dadaistic jazz scene. Coke, a former member of the Amsterdam-based Willem Breuker Kollektief, has injected a similar exuberance into the music of various Texas composers ranging from Huddie Ledbetter (Leadbelly) to Ornette Coleman. Recorded live at Amsterdam's legendary BimhausBimhuis, the result is a sometimes challenging, often mesmerizing, headlong excursion into creative improvisation that's grounded in the tradition of Texas folk forms, but contorted, reshaped, and extrapolated into something altogether different. Coke has gathered a cast of free-jazz veterans that includes Steve Lacy drummer John Betsch, Kollektief bassist Arjen Gorter, and Austin's CO2 vocalist/matriarch Tina Marsh. Together they have a field day winding their way through thorny musical passages. Versions of the two Leadbelly tunes were previously recorded by Coke and Marsh some 15 years ago with their Leadbelly Legacy Band, while a rendering of Ornette Coleman's lovely "Mothers of the Veil" appeared on Marsh's Out of Time. These live sides contain more depth, refinement, and energy with Marsh's acrobatic vocal dexterity providing a noteworthy foil to some of Coke's most impressive playing to date. This may not be your grandparents' idea of swing, but like many Texans, Coke sometimes likes to play by his own rules. (Alex Coke's CD release is Friday, Oct. 11 at Waterloo Ice House 6th.) 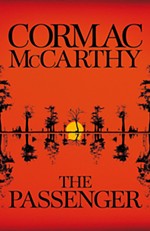