Like most teenagers, Carrie Elkin felt embarrassed by some of her father's actions. For one, he seemed obsessed with greeting people and being cheerful.

"Sometimes it was annoying," admits Elkin.

When he died in 2015, he left her something that forced her to be likewise lighthearted and outgoing, a radical turn for the folk singer, who's mostly private and reserved around people she doesn't know. During his lifetime, Richard Elkin collected 600,000 pennies.

"Three tons!" she exclaims. "We knew he had been an avid collector, but we didn't understand he had saved them all, rolled them all, and put them in labeled boxes in the basement. The day after he passed away, we went down to the basement and found all the pennies. We took them to the bank and learned that they don't take rolled coins.

After her father passed in Georgia in 2015, she traveled to Taos, N.M., for a songwriting retreat late in the year and was told on the way that after a long, involved effort with fertility drugs she was pregnant.

"So we stood at a machine and unrolled them all, and put them into the machine. We broke a few machines. Just the sheer volume and hours it took to run them.

"It took four days, five different trips. We ended up at a Walmart and a Coinstar machine."

She laughs her infectious laugh.

"We couldn't be seen in another bank. And yes, all of a sudden, he made me be outgoing and cheerful by having to deposit all these pennies and everyone asking about them."

Elkin was born October 11, 1973, in Cleveland. After attending Ohio University, she lived a nomadic lifestyle as a singer-songwriter and released three albums. She settled locally in 2007 after meeting her future husband, a similarly adored folk singer and Austin native Danny Schmidt, at the Folk Alliance conference that year. Following her arrival here, Elkin put out a pair of albums, including 2011's Call It My Garden on revered indie roots label Red House (also home to local genre godmother Eliza Gilkyson), and toured heavily in both the States and Europe.

If the gap between Garden and its successor The Penny Collector feels like a music business eternity, she hasn't been standing still. Schmidt famously proposed marriage during South by Southwest 2013 while they were onstage, a lovely moment that can be found on YouTube. The betrothed then released a duets disc, For Keeps, the following year, toured as a duo, and were married in October 2014. After her father passed in Georgia in 2015, she traveled to Taos, N.M., for a songwriting retreat late in the year and was told on the way that after a long, involved effort with fertility drugs she was pregnant.

Maizy Rae, a daughter, was born in September 2016.

Besides the complexities of her last decade, Elkin also serves as a featured guest when noted Austin songwriter, iconoclast, and survivor Sam Baker performs. Meanwhile Schmidt's association with wildly successful podcast Welcome to Night Vale means the couple became part of the soundtrack to its touring edition.

"It has like 2 million listeners," says Elkin, describing it as "a Lake Wobegon for goth kids" with a chuckle.

"In the middle of the show, they say, 'And now here's the weather' and play a song from someone, usually an independent artist," she continues. "Danny was on one of their early podcasts and noticed his audience getting bigger. So we met the writers and they then used one of my songs. Since then we've been on the road with them a couple of times for monthlong tours, playing good-size theatres. It's amazing.

"We play four songs in the beginning and one song in the middle, and that's it. It's the best. Everything about those shows are great."

"Their fans are super intelligent and super artsy, and not people who generally listen to folksy music," adds Schmidt, "So we're exposed to a whole new audience."

Even with all that, she claims 2017 is going to be her year thanks to The Penny Collector. She's right, too. While her previous work was good, it came across as reserved, maybe a little too timid and folkie. Elkin's performance and songwriting demonstrates tremendous growth over time, and the new album possesses a confidence, a way of expressing herself, that's strong and new. Six albums in, she's hit her stride, and credits Nashville producer and troubadour in his own right Neilson Hubbard, who's worked with a rangy bunch of singer-songwriters including Garrison Starr, Kim Richey, Rod Picott, Glen Phillips, Ben Glover, and Ryan Culwell.

"He created a musical landscape that I haven't used before," she says. "It was the intersection of joy and grief that enabled me to produce this, to write these songs. It was an extremely emotional time in my life. He took that and created an expansive instrumentalism on top of it that's so beautiful. [Noted Nashville guitarist] Will Kimbrough said it was like working on a piece of art, and I agree with him. I felt like we were making more than just music in there."

"I'd speak to her," recalls Schmidt, "and she had all this energy and enthusiasm at the end of each day. It sounded from afar that there were sparks, connections being made in the sessions. Those brought out more confidence as well."

"I think Neilson captured my voice better than it's ever been captured before," nods Elkin. "Part of that was the comfort level in the studio. He had this way of guiding an artist. He's got an extremely gentle approach. I was super pregnant at the time and it was a year since I'd lost my dad. We had this little altar in there, so I was thinking about life – losing my dad and then bringing this child into the world.

"It shows growth and that's what people want. I'm in a different place." Another sign of her growing confidence: She employed Kickstarter to fund this creative cycle after two albums on Red House. Not everyone, especially a new mother with a new family, would take that risk. Elkin invests great belief in "the folk family."

"We know the record business is hard, but also this is a really personal record and I wanted to own it," she says. "I felt like it was mine more than anyone else's. It didn't feel right to hand over those songs. I didn't make the decision to make it on my own until after all these songs were written.

"If the next record feels different, I might go back to them, but I'm calling this record 'my balls-to-the-wall record.' You know [Austin's] Patty Griffin made that record Living With Ghosts and I felt that was her record to do that. This is the record where I'm going for it. This is MY record.

"I think it's scary to ask people for money in general, but once you get going and see people enjoying being part of the journey, part of the process, it gets exciting. Every day you wake up and check who donated. I see people that I love and then there's all these new people that have found my music and I don't know where they come from. I'm just grateful that people come together to give."

A couple of songs stand apart on The Penny Collector. First, "Always on the Run" builds slowly into something unsettling and loud. It's unlike anything its author's ever recorded and underlines her ability to make music that's different than your standard folk stash and yet remarkably effective.

"It's meant to make people feel trapped," she explains. "That's what it's all about. It's an uncomfortable listen for people. It builds into a frenzy, and I love Ryan Culwell's vocals on that track. He makes it work."

Then there's the gentle "Crying Out," a folk ode with a twist.

"I think of it as a letter to myself to be more kind and gentle to my being. I was feeling frustrated with my world. I sing, 'I know you know what to do, but I know it's hard for you.' I knew what I should be doing for myself, but I was having a hard time doing those things. Just taking good care of myself. It might have come from all the estrogen I was taking."

Capping The Penny Collector is a well-known song she didn't write. Not only that, she makes it her own. Elkin's performance captures today's zeitgeist even though the song was originally recorded in 1975, Paul Simon's "American Tune."

"That's been one of my favorite songs for a long time," says Elkin. "I love Paul Simon. It's about the push and pull relationship with our country. It's like this idealistic vision of our country and it's got this feeling of desperation that we're not doing anything right. It was recorded before the election, but now it seems like an important thing to say. Some have asked how it fits on the record and I tell them I'm trying to find out how our lives should be, and sometimes that's not the way things happen. Some people have their own meaning of what that song is about, though."

On March 10, Elkin held an album release show at a sold-out Cactus Cafe, where she performed the album in its entirety to an adoring audience. It came off spectacularly considering her last band show was in the summer of 2016.

"Yes, it's been a long journey and these songs are personal and raw," she claimed that night. "But like a lot of big undertakings, it's the little things that really count."

She didn't say it, but all it really takes at times is a penny.

Carrie Elkin’s The Penny Collector tour, with special guest Danny Schmidt, continues throughout the U.S. in April, Europe in May & June, and Canada and the West Coast in August & September.

“Penny Serenade” marks the final feature by longtime Chronicle contributor Jim Caligiuri, who retired from both the paper and Austin on April 1 – no joke. Alt.country and singer-songwriter scholar here for more than two decades, the native New Yorker, 64, drove West that same day. For an exit interview and some of Caligiuri’s greatest hits, see austinchronicle.com/daily/music.

A version of this article appeared in print on April 14, 2017 with the headline: Penny Serenade 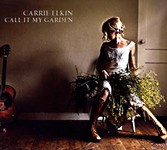 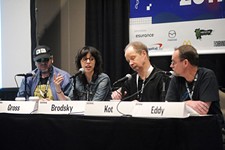 SXSW Panel: Do Music Journalists Matter Anymore?
Not even journalists were interested in finding out