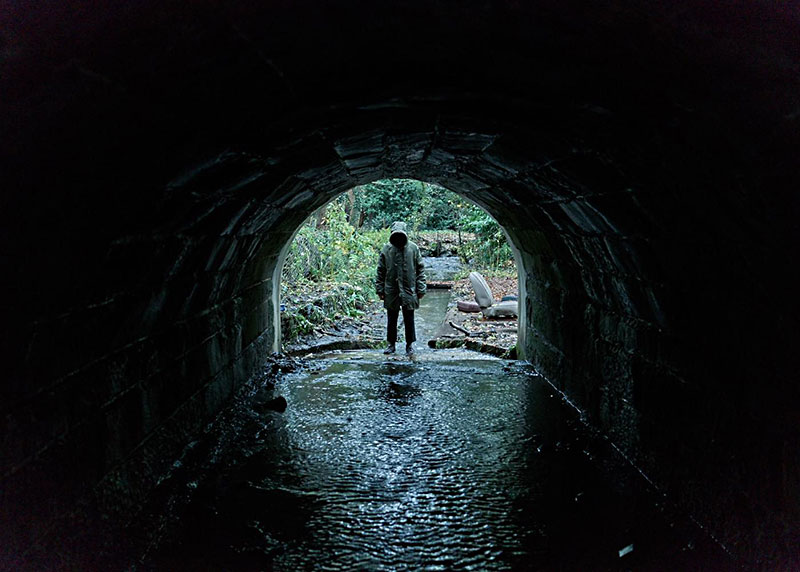 It started, as so many ghost stories do, with two English boys obsessed with the macabre. Jeremy Dyson and Andy Nyman met at summer camp when they were 15, and horror films "became one of the leading drives of our friendship," said Nyman.

The two grew up, but remained close friends. Both turned to the arts. Dyson was one of the driving forces behind cult British pitch-black comedy show The League of Gentlemen. Nyman became an actor, as well as working with illusionist and psychic fraud debunker (that's very important) Derren Brown. But they remained haunted by that old mutual love of horror, and 10 years ago Nyman found himself in London's West End, walking past the Fortune Theatre, where The Woman in Black is performed. Based on Susan Hill's 1983 spooky novel, the stage adaptation has been a massive success, but it has been the only horror-themed play in the West End for most of its now 27-year run. "It struck me," Nyman said, "that it's so ridiculous that there isn't another scary play. It's a bit like, 'You can't have another play with music in it, because that's Phantom of the Opera. You're only allowed one of those.'" The problem he saw was that simple prejudice against horror, whether onscreen or on the stage: "It's really, really populist, and that tends to mean there's a real snobbery about it."

As theatre has become more intellectual and less crowd-pleasing, Dyson said, "[Horror] was seen as cheap and manipulative, and that couldn't be further from what me and Andy think and feel. With genre material, you can go much deeper than you can with straight drama, because it's a mythic form. You can bypass the intellect and go straight into people's psyches."

In spite of that, the evil seed of what would become Ghost Stories was planted. It only started to grow after Nyman had a less obvious theatrical inspiration: The Vagina Monologues. He said, "If you haven't seen it, it's three women, sitting on stools, reading about the obvious subject matter. So I was watching it, and I had this lightning bolt moment. 'Oo, you could do The Vagina Monologues with ghost stories.' I phoned Jeremy up the next day and said, 'I think I've had an idea that could be the thing that we've always talked about of working together.'"

The pair still weren't quite ready to start when they told their mutual friend, stage director Sean Holmes, about their idea. Three weeks later, Holmes became artistic director of the Lyric Theatre Hammersmith, and called them to force their hand. Dyson said, "Not only did he commission it, he programmed it, to make us do it. Because otherwise we'd still probably be chattering about it."

The spirit of The Woman in Black hung over their shoulders, both as an inspiration and as Nyman said, "There was no point doing anything that lived in that Dickensian world, because you could only be not as good as that thing that's fantastic. So we decided very early that it had be contemporary, we only wanted it to be 90 minutes, and it had to have scares that were as good as seeing a great horror film."

A year later, Ghost Stories premiered, and became a huge success. Inspired by the classic Amicus anthologies, and arguably the first great British fright anthology, 1945's Dead of Night, Nyman said, "One of the things that's very exciting for an audience, possibly most exciting, is that you're seeing tropes of horror cinema onstage. There's a chutzpah that makes you think, 'God, how are they doing that?'"

Yet just as The Woman in Black finally passed over to the silver screen in 2012, so Ghost Stories now completes the circle for the two friends: from childish campfire talk about horror movies, to the cinematic recounting of incredulous Professor Goodman (Nyman) facing three men (Black Panther's Martin Freeman, Alex Lawther from Netflix's The End of the F***ing World, and comedy mainstay Paul Whitehouse) with supernatural tales that shake his previously unflappable skepticism. There had been Hollywood pitches to do the adaptation, but the pair rejected them, choosing the same creative control they had for the play ("Anything less than that," Dyson said, "would have been a step down"). But whether on stage or screen, they're still looking for that same visceral reaction, and they'll know if the terror is there. Nyman said, "People are either screaming and scared, or they're not."

A version of this article appeared in print on March 9, 2018 with the headline: From Stage to Scream