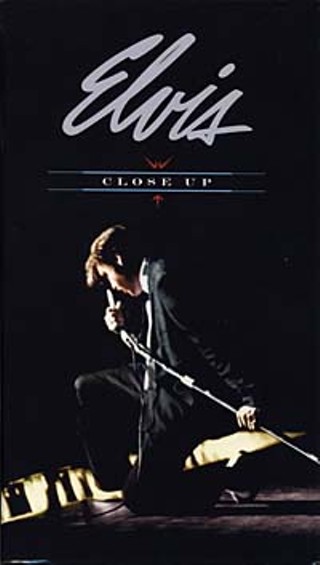 Close Up (RCA/BMG Heritage) Another year, another box set of unreleased Elvis songs. Don't read too much into the "unreleased" tag, though. Much like last year's Today, Tomorrow, & Forever, the 4-CD Close Up consists mostly of alternate takes of previously released songs that add little to the versions already out there. Disc one covers the first five months of 1957, the material presented in an early form of stereo called binaural and ranging in tone from "Jailhouse Rock" to "(There'll Be) Peace in the Valley (For Me)." Disc two covers music from the first four films Elvis made after getting out of the Army. While "Can't Help Falling in Love" from 1961's Blue Hawaii is the best-loved song of this era, the take presented here wasn't used for a reason. The whimsical Teutonic schlock of songs like "Wooden Heart" and "Frankfort Special" from G.I. Blues holds up comparatively well. Presley's movies got progressively sillier and irrelevant as the Sixties wore on, but he concurrently recorded a prodigious amount of solid sides in Nashville. Disc three covers these often-overlooked Nashville sessions with strong alternate takes of the Doc Pomus/Mort Shuman rocker "Night Rider" and gospel gems like "Working on the Building" and "Somebody Bigger Than You and I." Close Up's one unequivocal draw for Texas fans is a live recording of Elvis' April 18, 1972, show at San Antonio's Convention Center Arena. The set list from this show roughly parallels the recorded live Madison Square Garden album, but Elvis and his crack band seem to be slightly more energized here. They crash and bang through the yet-to-be-released "Burning Love" and Elvis delivers a powerful take on "How Great Thou Art." He never actually acknowledges that he's in San Antonio, but given his arduous Seventies tour schedule and oft-medicated state, it's likely he didn't know where he was. Other than that, Close Up doesn't turn up a lot of revelations, and casual fans with the previously released versions of these songs can rest assured they aren't missing much.