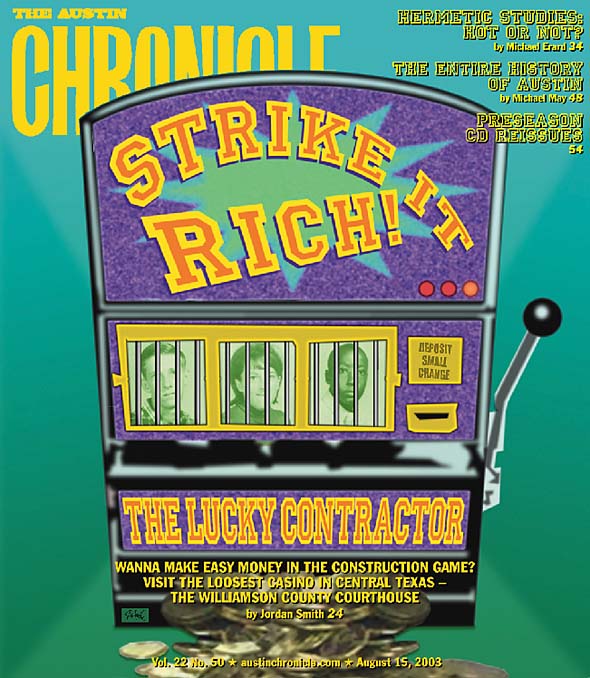 ON THE COVER:
Money for Nothing
news 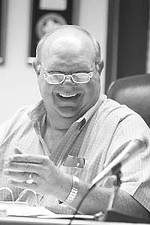 Millions of Williamson County taxpayer dollars pour into a contractor's pocket, and no one seems to know why.

The Devil (and the Dough) Is in the Details

Construction Contracts: How Risky Is "At Risk"?

A thumbnail sketch of the distinctions between contracts for construction managers

The political and business interests of Precinct 4 Commissioner Frankie Limmer appear to complement each other very well.

Will Council Take a Stand on PATRIOT Act?

Budget Battles, Round One:

Austin firefighters start a blaze of their own in response to the department's controversial budget-cutting proposal.

Austin firefighters start a blaze of their own in response to the department's controversial budget-cutting proposal.

As other cities catch up, 'Solar Austin' advocates look to prime the green-power pump

Supremes Turn Down Perry and Dewhurst

The Texas Supreme Court rejects Perry and Dewhurst's request for a writ of mandamus against the fugitive Senate Democrats.

Why do we pay to watch ads in theatres? And, Newt Gingrich argues that the White House should lie to us more. 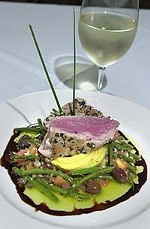 Nestled at the star-crossed corner of Sixth and Lavaca, the Thistle Cafe is Downtown's latest fine-dining flavor.

Virginia B. Wood delivers a half-ton o' news in this week's "Food-o-File."

All up in it with Gourmet Takeout!

Wes Marshall sets you up with some South African bargains.

The Radio One Sessions

The Complete Works Volume One

Keep Movin' On, At the Copa, Portrait of a Legend, Legend DVD

'74 Jailbreak, Let There Be Rock, Powerage, If You Want Blood You Got It, For Those About to Rock We Salute You, Flick of the Switch, Fly on the Wall, Who Made Who, Blow Up Your Video, The Razor's Edge

Miles Davis in Person Friday and Saturday Nights at the Blackhawk, Complete

Karen Kocher's multimedia 'Austin Past and Present' tells hundreds of stories in almost as many ways.

The 16th annual Austin Gay & Lesbian International Film Festival opens on Thursday, Aug. 21, 7:30pm, at the Paramount Theatre, with a screening of Girls Will Be Girls. For tickets or more information, visit www.agliff.org or call 799-6327.

The Austin Film Society's Texas Filmmakers Production Fund has announced its 2003 awards -- totaling $65,000 -- to 17 "emerging film and video artists in the state of Texas … whose work shows promise, skill, and creativity."

Sarah Hepola shows you how to get celebrities like Robert Heyges to call your cell anytime you want, but ideally on special occasions.

Hello Murdah, Hello Foddah: Marc Savlov reports from the Alamo's Camp Hacknslash, where more than 1,000 horror fans saw Freddy Vs. Jason while not sloshing their way around a softball field and flashing their kibbles and bits.

The Man Show might be more manly with the addition of Austin-based Sacred Cow Productions' Doug Stanhope and Joe Rogan, but Belinda Acosta wonders if it will be any more watchable.

Charlie Chaplin wanted The Gold Rush to be the film we remember him by. It is, especially in the form of this two-disc release, and Steve Uhler explains why.

Did anyone realize Camp Crystal Lake is right down the highway from Elm Street?

Mondays in the Sun

Denise Prince Martin's photographs featuring lone female subjects in unusual settings are nothing if not lush, capturing the color, luster, and texture of every element with uncanny crispness, but they also reveal in the expressions of their subjects women with stories to tell, women worth getting to know.

The Austin Circle of Theatres has released the nominations for the 2002-03 B. Iden Payne Awards.

Word and Thought, a new comedy by Southwestern University grad Joshua Lellis, tracks a biographical drama about Alexander the Great on its disaster-ridden lurch toward opening night, and its premiere from Cameo Productions and the Austiner Ensemble proves that a theatrical catastrophe is still good for a laugh.

Jesus Hopped the "A" Train

In Women & Their Work's current exhibit "Biota," Diana Dopson creates color photo boxes with insects that draw out the bugs' beauty in unusual ways and nudges our perception of insects from the pestilential to the subtly reverential.
columns

We're now posting our ever-expanding letters section online, with new letters daily. This, of course, brings up a whole new set of quandaries.

I would like to find the best soft drink for my teenage children. How do I choose?