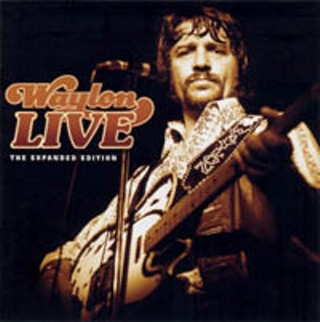 Waylon Live: The Expanded Edition (BMG Heritage) It might be hard to remember how radical the "outlaw country" movement sounded in the early Seventies, but Waylon Live ought to clear away the fog. In 1974, Waylon and the Waylors kicked ass at shows in Dallas and Austin that were recorded for a live album released in '76. This 2-CD reissue covers all of the original album and 22 additional unreleased tracks, all of it capturing Jennings at the pinnacle of his game. There are, of course, the favorites ("Amanda," "Only Daddy That'll Walk the Line," "I'm a Ramblin' Man") and Billy Joe Shaver originals ("Ain't No God in Mexico," "Willie, the Wandering Gypsy and Me"). The Waylors also plow through Wynn Stewart's "Big, Big Love," Jimmie Rodgers' "T for Texas," Kris Kristofferson's "Me and Bobby McGee" and "Never Been to Spain," and even Bob Wills' "Big Ball in Cowtown." The aggressiveness with which the band plows through the material is astounding. Check out the fangs on Mel Tillis' "Mental Revenge," and the country and rock become one on "Me and Paul." Jennings played all the lead guitar in those days, throwing in economical, bare-bones runs that play for the song rather than for flash. Ralph Mooney's ascending signature lick that opens his solo on "Rainy Day Woman" is a phrase he uses on several songs to good effect. Rich Kienzle's fine liner notes for this overview of prime outlaw country capture the genre's sharp, sexy danger. Waylon Live, now more than ever, remains -- to quote the song -- lonesome, on'ry, and mean.