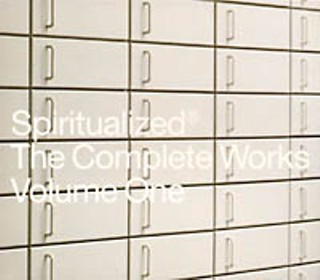 The Complete Works Volume One (Arista) From about 1992 to 1997, Jason Pierce's Spiritualized was the best psychedelic rock band in the land, their luminous first two albums and transcendent live shows ensuring their legacy to be more than a mere Spacemen 3 footnote. A 2-CD compendium from the Lazer Guided Melodies and Pure Phase era is a wonderful idea, stopping shy of the decline that resulted in 2001's overwrought Let It Come Down. Alas, The Complete Works Volume One is a completist's dream more than a clean overview of the band's early period. Culling virtually all of the band's early singles and rarities, Volume One winds up with multiple versions of the same song, but few unique B-sides. It opens with a cover of the Troggs' "Anyway That You Want Me" that beats the tar out of "Wild Thing," but after that, there's little to surprise anyone who's heard the first two albums. Many of the alternate versions are the equivalent of poorly executed freedom fries -- not quite half-baked, but not exactly done either. There are exceptions. The extended, heartbeat-romp given to LGM's "Smiles" is one high point, as is the unedited soul-charred starburst of "Medication." The sequencing is more or less chronological, but poor in terms of flow. "Feel So Sad," a leftover from Spacemen 3's final album, is a wonderful tune, but three consecutive versions stretching over 25 minutes is ludicrous for a song that was originally three minutes long. For the casual fan, The Complete Works Volume One is at least three sizes too big.