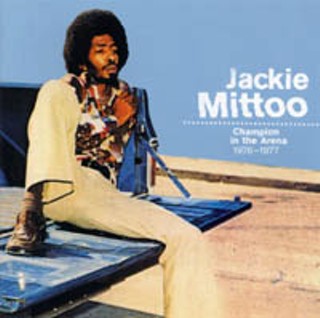 Man in the Hills (Island)

Social Living (Island) Jackie Mittoo is the most important reggae musician you've never heard of. Although he seldom recorded under his own name, the keyboardist was a founding member of the Skatalites, then musical director/musician at the seminal Studio One, where he had a major hand in creating reggae's fundamental sound. Mittoo steps out here, primarily on organ, with a sterling instrumental set supercharged by the cutting-edge studio band of the day, the Revolutionaries. It's the commanding presence of emerging "riddim twins" Sly Dunbar and Robbie Shakespeare that practically steals the show, giving Mittoo the spark and rock-solid bottom to launch his hauntingly soulful creations. Producer Vivian Jackson, aka Yabby You, serves up a murderous set of dub on Dub It to the Top. Piecing together the rare 1977 LP Yabby You Meets Michael Prophet with various B-side dubs, all mixed by the legendary King Tubby, this is a dub fan's wet dream. Three consecutive Burning Spear albums, along with their predecessor, 1975's Marcus Garvey, crystallize the hypnotic, Afro-centric sound Spear has forged into the reggae consciousness that continues to this day. Much of this material has proven definitive in the face of it being first recorded for Studio One years earlier. While all three albums are bona fide roots classics, the self-produced Social Living (aka Marcus' Children) stands out as a true masterpiece, bringing all the requisite elements together for a spine-tingling celebration of reggae at its most potent. It was initially reissued on Blood & Fire a decade ago, but this time out includes two wicked 12-inch mixes, of which "Civilize Reggae" alone is worth the price of admission.