Mezcal and the meaning of life 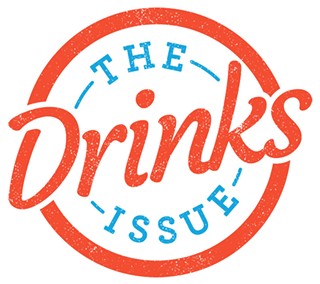 What do living empathetically, bartending, and mezcal have in common? Well, everything, according to King Bee Lounge husband/wife owners Billy and Colette Hankey, who say mindful empathy has been foundational in their relationship and in integrating with the still-fledgling 12th and Chicon bar scene. That ethos was further reinforced by a trip to Oaxaca, Mexico, mezcal production's epicenter.

"The entire time, our mantra's been ... showing empathy and having empathy and expressing empathy," Billy said. "The way that Oaxaca works, they're very empathetic to everybody and tend to bend over backwards to make sure you're taken care of."

For the Chronicle's Drinks Issue, "Snapshot" dove deeper into this topic with the owners and likewise got the lowdown on a few top King Bee drink recs. 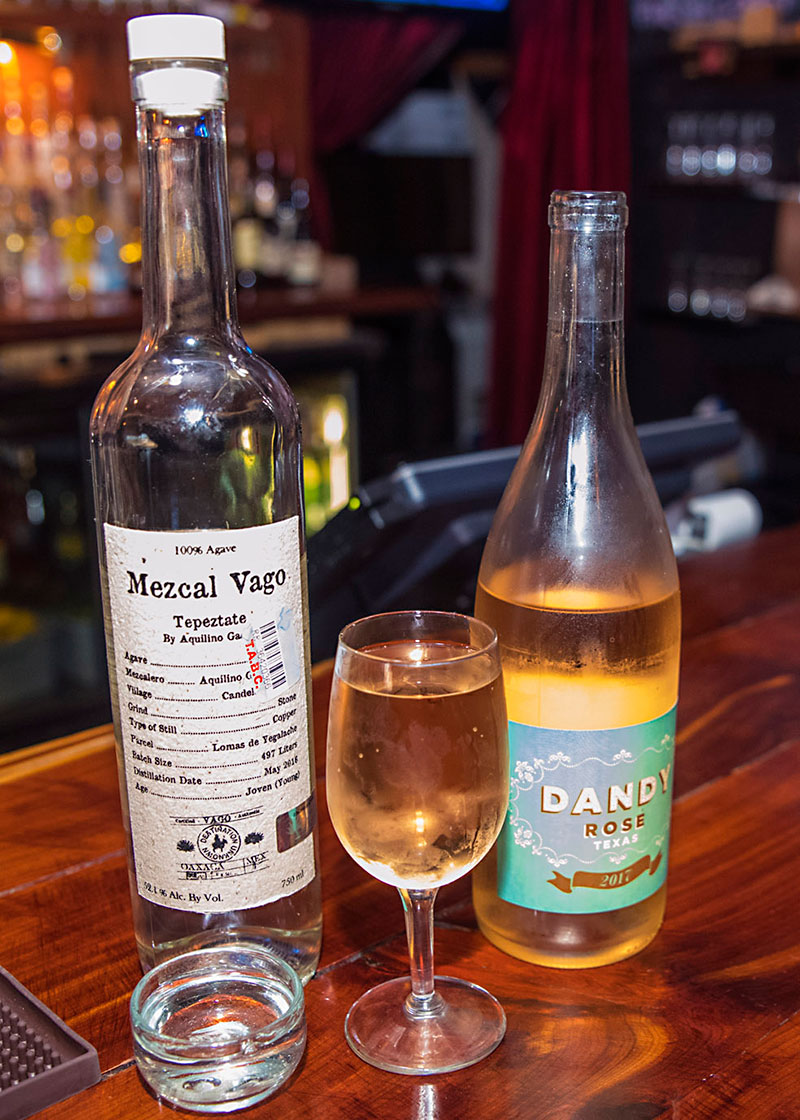 Mezcal approach for those less adventurous: Mezcal Vago Tepeztate – "the agave that made me fall in love with mezcal," said Billy – sipped side-by-side with Texas Hill Country-sourced Dandy Rosé: "Mineral-y, a bit of tartness and super dry," the latter balances the former's smoky flavor. On part of what makes the Mexican spirit special: "In Oaxaca, you're buying it from someone's home. So you're being welcomed into someone's living room, essentially." (Photos by David Brendan Hall) 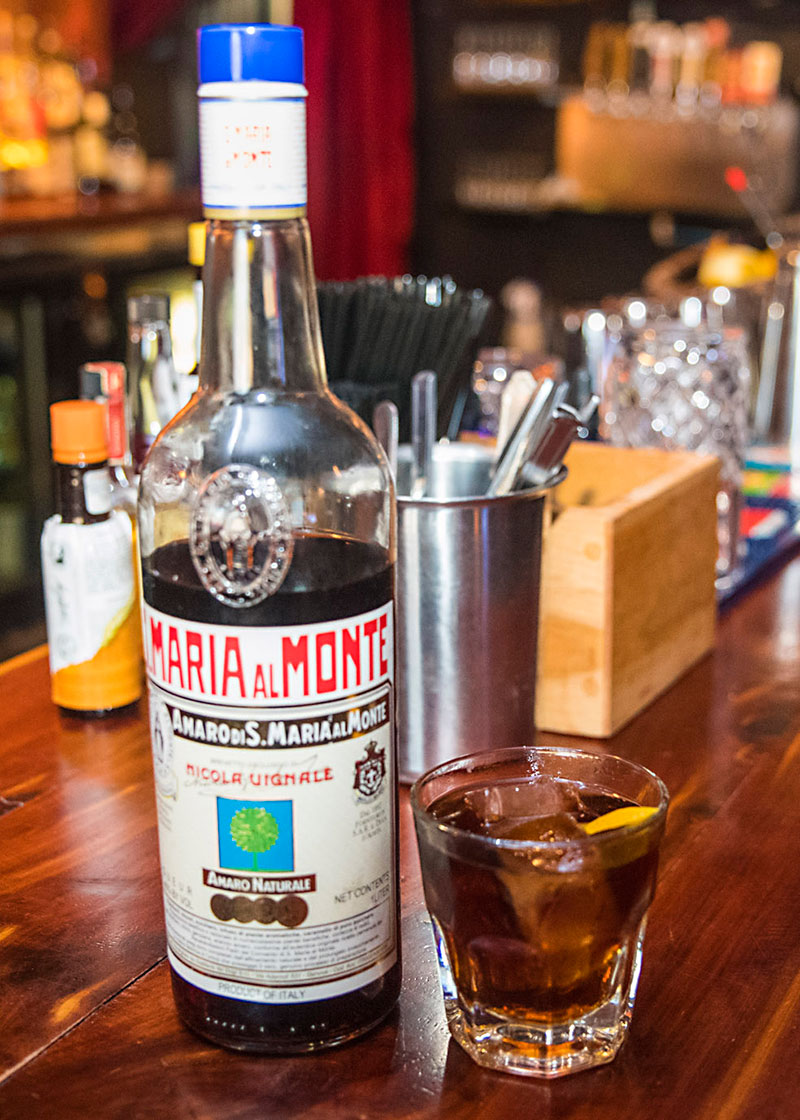 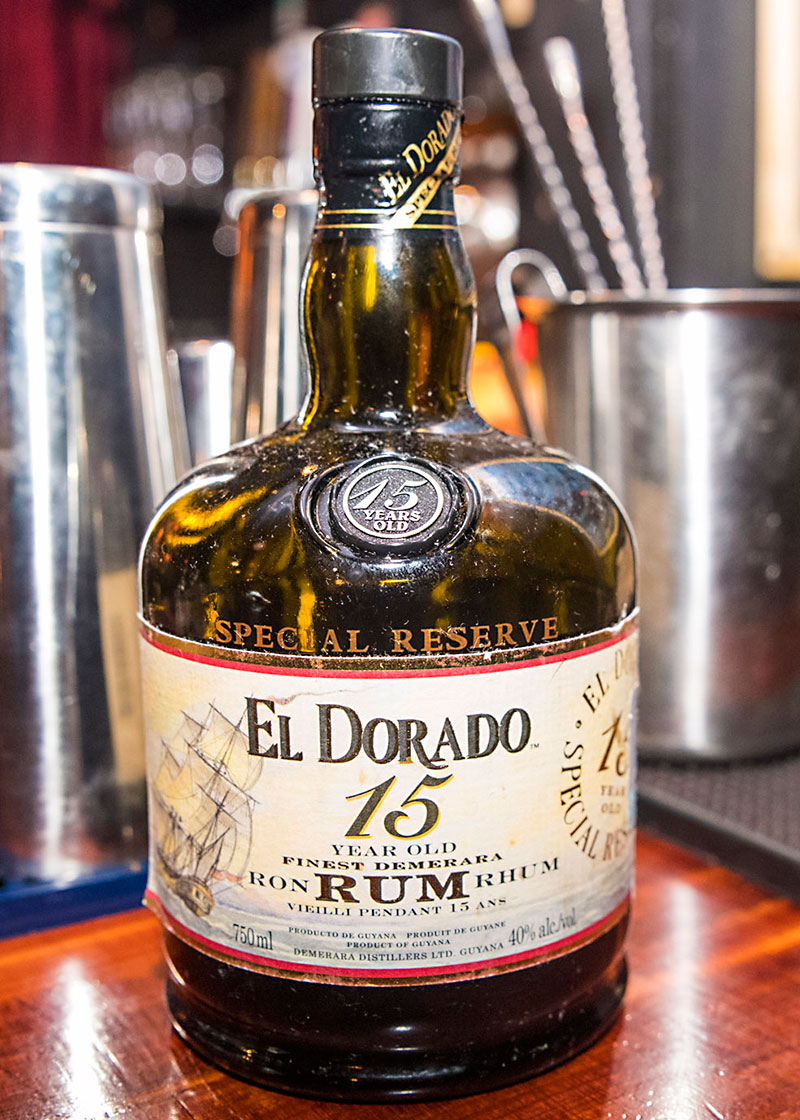 Or you can keep it sweet and simple (also slightly expensive) with Billy's favorite rum, a 15-year-old El Dorado, on the rocks. "It's molasses and vanilla and it just puts me in a very happy, happy spot. It reminds me of having vanilla ice cream and trying a little bit of chocolate on the side," he said. "On the rocks, you can spend a good 23 minutes drinking and be happy."

Keeping the Little Elmore Reed Blues Band – who've played the bar on Mondays for almost eight years, including four under Hankey's half-brother Randall Stockton back when the space was the Legendary White Swan – was essential to their empathetic approach: "It was one of the big caveats that Randall had with us, like, 'Hey, I need you to see this and I need you to understand that this is what I want to have continue happening,'" Hankey said. "When we first opened, because we were open seven days a week and it was only Billy and I, Monday night was the only night that was different from the rest of the week," Colette said. "So it gave us sanity at first." 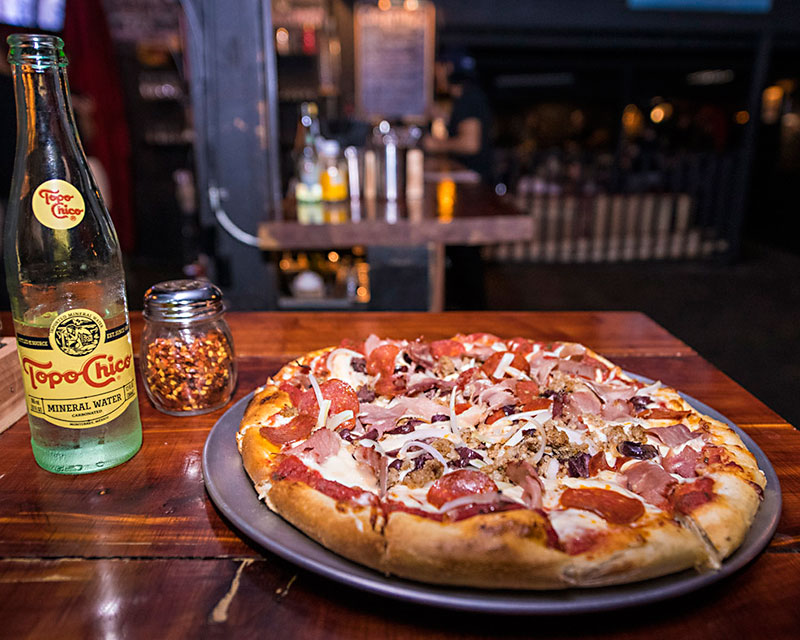 Their philosophy even extends to in-house eats: "We knew that we needed to offer some sort of food, especially four years ago – there wasn't anything close by," said Colette, who creates their pizza recipes, including this "Balboa" (red sauce, mozzarella, Italian sausage, pepperoni, prosciutto, Kalamata olives, and white onions). "We never intended for pizza to be a staple ... and it turned into 'Wow, if we don't have pizzas, nobody comes in.'" Of course, King Bee's bottom line is respect for spirit culture and fellow humans, which the couple again relate to mezcal: "To be given mezcal at a palenque [in Oaxaca] is to be given something to drink in your living room so you can let your days slip away and kind of forget how crummy things are sometimes. There's a very communal spirit to it," Billy said. "You're going into our home, and it's your home as well."