Snapshot – Inside Hopscotch: Light and Sound

Most of the dozen-plus dazzling installations at "Hopscotch: Light and Sound" provide ample photo ops, but make no mistake – this isn't just another selfie factory.

"We wanted to get that in people's minds right away, the legitimacy of it," says Nicole Jensen, "Hopscotch" co-founder alongside IT wizard Hunter Inman. "There was a need for somewhere for immersive artists to show their work on a long-term basis."

"Snapshot" dove into opening weekend (visual preview below, full gallery at austinchronicle.com/photos), which sold out in a snap, but there are plenty more chances to visit: The exhibition of primarily local artists runs every Thursday-Sunday until March 31 at 6100 Airport (Blue Genie Art Bazaar) and will open permanently this fall in San Antonio. 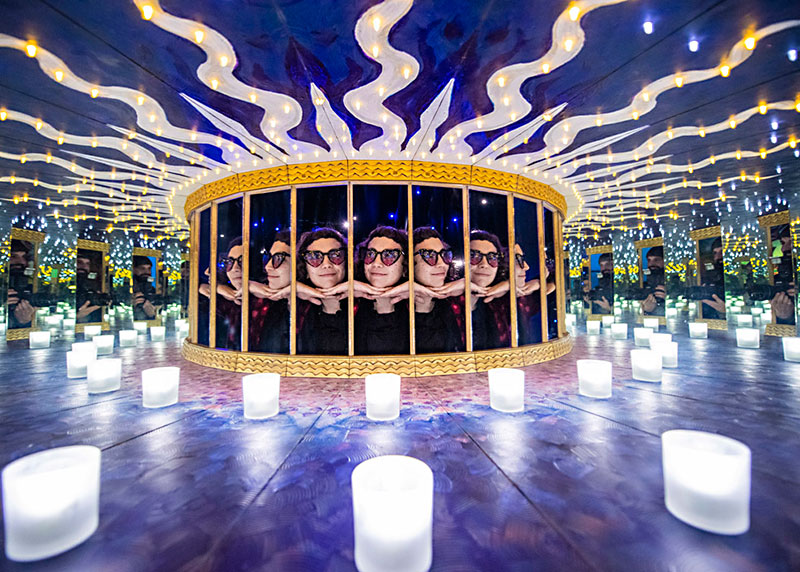 Jensen emphasizes that the goal is to create "a point of gravity where artists can show their work ... [and for] people to have fun and forget about the outside world at a certain point, immerse themselves," which is easy enough with The Infinity Boxes by Santa Monica's Matt Elson, the only non-Austin artist featured. 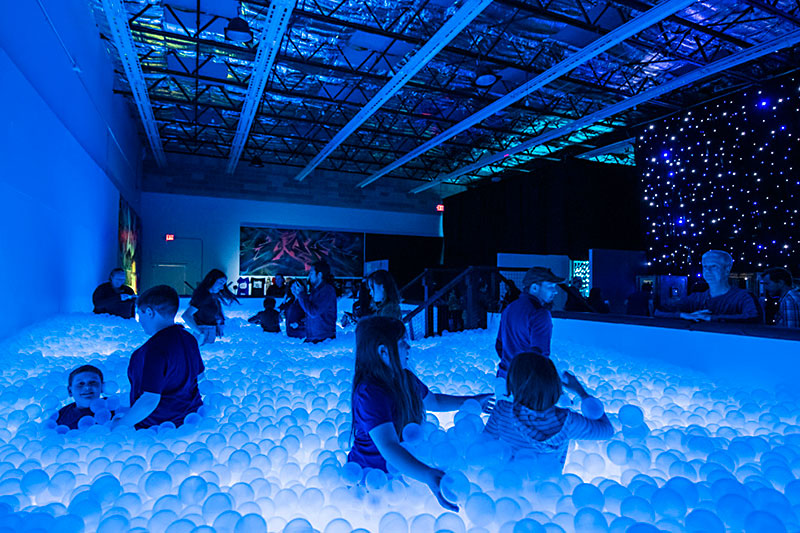 Though all ages are welcome, the experience is geared toward adults, according to Jensen: "I think adults don't get to feel like kids very often, and with [the name] 'Hopscotch,' that frolicking nature of being a kid [is] a retro throwback to when life was easier." Case in point: a color-changing ball pit created in collaboration with Deep Eddy Vodka. 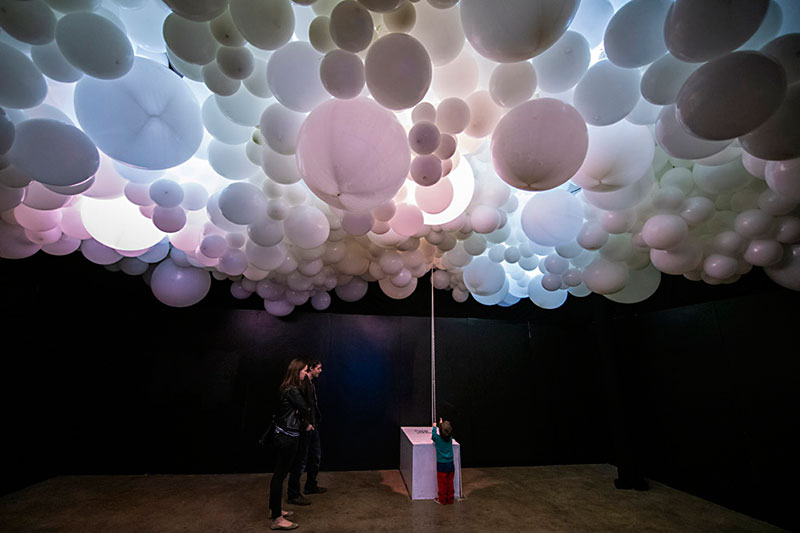 Evoking emotion via interaction is key throughout, as seen in the Balloon Collective's pulley-controlled Thunder & Lightning, which was intended to give people "that little scared moment": "Thunder's a little scary, and we're making it more approachable," says co-creator Nate "the Great" Culpepper. "And who doesn't like to play Zeus?" 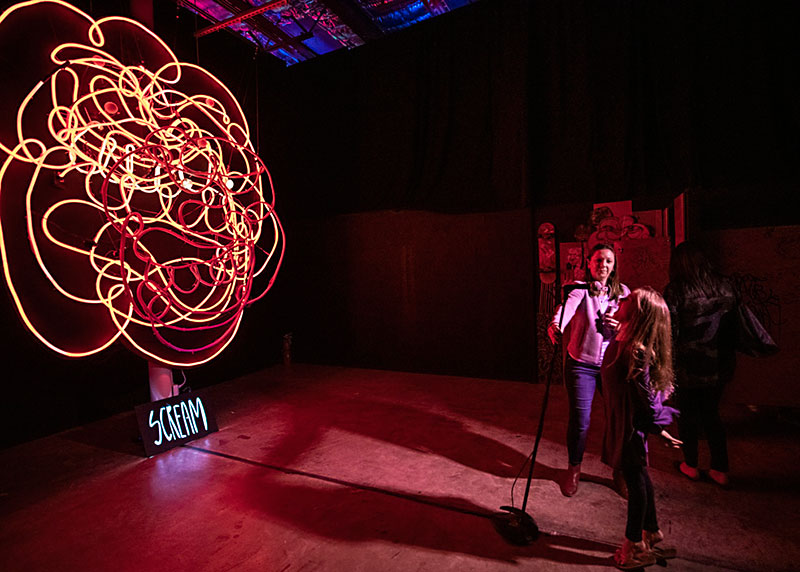 Perhaps equally startling were the near-constant cries emerging from Angry Cloud/Descnd collab Neon Scream – which lights up to varying degrees when people scream into a mic – in the next room: "I very much wanted to ... challenge people," says Ami Plasse (Angry Cloud). "Screaming – people just don't do that a lot. It's a big thing, that feeling you get when you can actually just fucking let loose, and for me it was the next level of what I'm trying to do with my work." 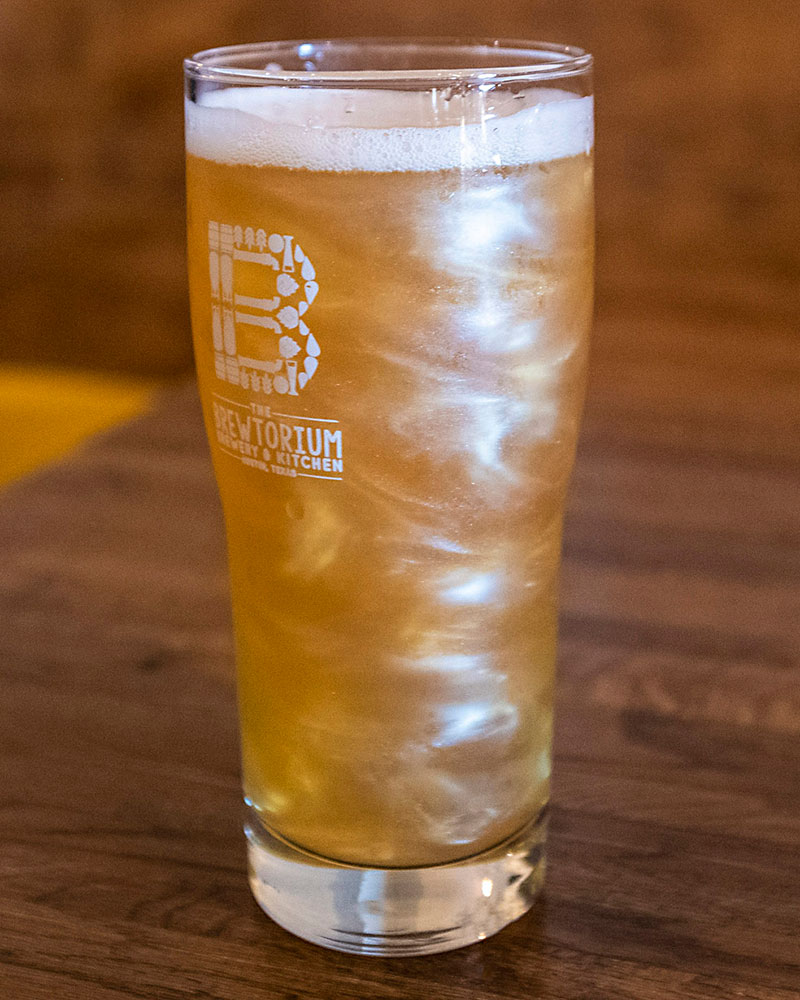 The experience spills over to the neighboring Brewtorium. Give the bartender the secret password and you can purchase a variation on the brewery's in-house pale ale Sol Surfer, retitled Sol Shimmer for its addition of edible glitter – as delicious as it is mesmerizing. 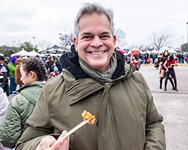