Five Films About Our Favorite Bartenders

To those that serve, we salute you

From Nick and Nora Charles in The Thin Man, through Dudley Moore as the eponymous Arthur, and all the way down the bar to the Dude himself in The Big Lebowski, cinema loves a drunk. But what about those poor laboring souls who get those brews into their hands? In celebration of our Drinks Issue, we raise a glass to those that get our favorite tipples out of the barrel, into the bottle, and finally down our throats. 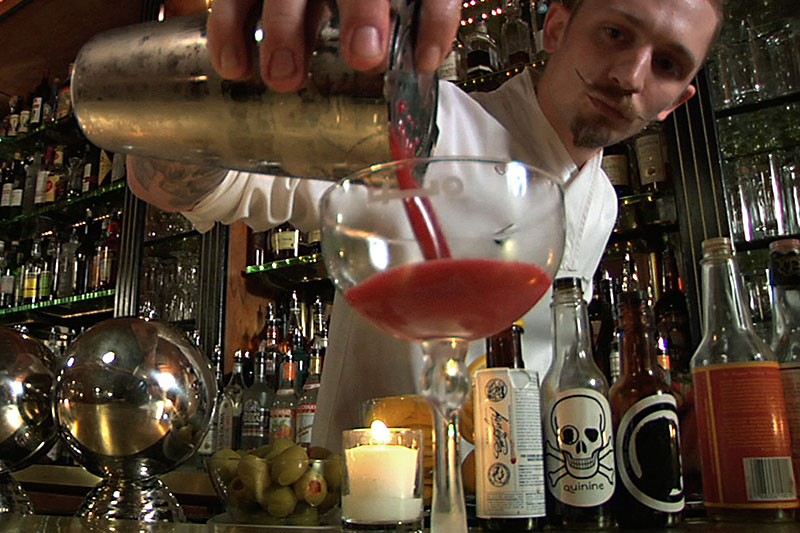 America doesn't really have its own liquor. Sure, there are vodka stills, and whiskey distilleries, and moonshine, but they're all really imports. So that makes the cocktail – as defined by Jerry Thomas, author of The Bon Vivant's Companion in 1862 – the true American drink. Which makes the bartender the true American artisan – or at least that's the argument in Douglas Tirola's documentary about the new second golden age of the mixologist, where the creators of craft concoctions are both literal tastemakers and the entertainment. A stylish redress for all those action films where the guy behind the bar is the first one thrown through the window in a brawl.

Best watched with: A Ritz Cocktail – Cointreau, Cognac, maraschino liqueur, and fresh lemon juice, a shock of Champagne and a flamed orange peel, served in a martini glass. If that sounds like a lot of effort, get one made by Dale DeGroff, aka King Cocktail. A good Scotch is not just a fine dram; it's a lesson in history and geography, sucking in the fragrances and scents of the distillery. That could explain why, in 1941, a Home Guard commander named Compton MacKenzie turned a somewhat blind eye when cargo ship the SS Politician ran aground in the Outer Hebrides, carrying a cargo of whisky that the locals then, ahem, rescued from a watery grave. Well, he didn't completely ignore it: As an author and former spy, he lightly fictionalized events, first as a novel, then a massively successful film about those brave souls who liberated those precious libations. Produced during the height of the Ealing comedies, Alexander Mackendrick directed MacKenzie's own adaptation (well, mostly adapted; after a rocky production, The Lavender Hill Mob director Charles Crichton was brought in for reshoots and a re-edit), and no film speaks more to the spirit that defines a nation.

Best watched with: A measure of Atlantic Gold, a blend made with just a dash from bottles rescued from the wreck of the Politician (please note, this is the only occasion when a blend is acceptable). 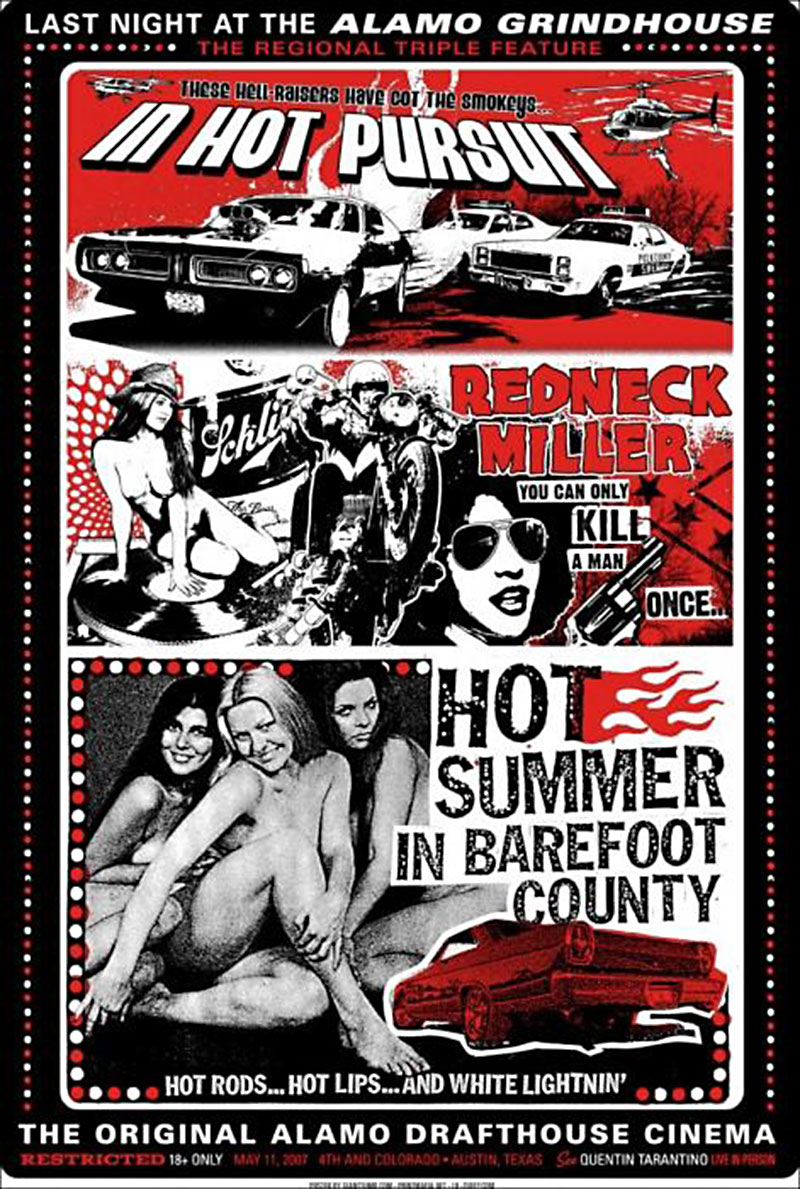 This PG sexploitation moonshiner romp is a favorite of Quentin Tarantino's – so much so that he included it in his three-night Last Night at the Alamo Grindhouse under the "Regional Cinema" banner. Yes, in 1974, Austin was producing The Texas Chain Saw Massacre, but it took both Carolinas in concerted effort to slam together this tale of a big-city agent falling over his own tongue trying to track down three bootlegging sisters. The second of three movies under the Preacherman Corporation banner (preceded in 1971 by the eponymous Preacherman, and followed in 1975 by Truckin' Man), this may be the world's most chaste sex comedy, with pretty much the only skin on display being leading man Don Jones' bald spot. One of dozens of low-budget bootlegger flicks that clogged drive-ins in the Seventies, it's hard to tell whether the mostly amateur cast and crew had been standing too close to the (oddly convincing) still and getting high off the vapors. Three years later, Burt Reynolds and Hal Needham would take bootlegging legit with Smokey and the Bandit, and a decade later liquor smuggling would go Oscar-worthy with The Untouchables. But Hot Summer still has the stench of corn, sugar, smoke, and exhaust fumes all over it.

Best watched with: A bottle of something completely legit that never saw the inside of a Mason jar.

Indie auteur Joe Swanberg had a driving reason to make this loving exploration of Chicago's microbrewery scene: He wanted to learn how to home-brew better. Shot on location in Chi-Town's Revolution Brewing, when it debuted at SXSW 2013, Swanberg told the Chronicle, "It's not the Hollywood glamour shots version of working in a brewery. It's not sweeping vistas of stainless steel tanks." He also saw comparisons between his day job and that of the small-batch brewers: "Craft breweries are fighting for shelf space, and independent filmmakers are fighting for screen space."

Best watched with: Jamo-nilla, Revolution's nitro vanilla imperial stout, finished off in the kind of Jameson Irish Whiskey barrels Swanberg saw while he was filming. If you've ever wondered who comes up with wine pairings for meals, that's a sommelier. But a master sommelier is the rarest of palates, able to differentiate between oak and fresh oak, or peach and bruised peach, in a wine's flavor profile. Jason Wise's documentary follows four men attempting to pass the insanely rigorous and absurdly subjective test to join select ranks of the Court of Master Sommeliers. The fact that they can not only disagree on what wine is what, but that they can be so convinced of their rightness, lends a slight aroma of bullshit to the proceedings. At one point Ian Cauble (known to the crew as Dad) argues plaintively that the testers must have put the wrong wine in the wrong glass. It's enough to drive you to drink.

Best watched with: 2008 Beringer Private Reserve Chardonnay, the one no test taker can recognize.

A version of this article appeared in print on July 13, 2018 with the headline: To Those That Serve