Flight of the Conchords

The reality about Aussie and Kiwi acts

That's the joke, see? That they can't get people to come see them play live. It's really just a joke, though, because it's the premise of a TV show, and if you have a TV show, you're famous. Well, unless you were on Cop Rock and aren't Sheryl Crow, who was on Cop Rock and became famous anyway.

So there they were, Jemaine and Bret. At a South by Southwest day party two years ago. Under a tent. Playing to what couldn't have been more than 11 people. Sure, everybody whose path to musical success didn't involve Paula Abdul has experienced playing to a mostly empty space. This was different, however, as it involved coming literally halfway across the world – from Wellington to Austin – for an audience of less than a dozen folks. In a tent.

It had to seem like disaster, or at least a disappointment. And a pricey one as, in airfare alone, that's a cost of about $250 per audience member.

Less than a year later, that's the schtick. That and the songs. Both of which landed Jemaine and Bret a series on HBO: Flight of the Conchords. Now they might just be the biggest export of their native New Zealand. It's either that or yachtsmen, but despite Larry Ellison's best efforts to piss away millions, the worldwide entertainment market still dwarfs the sailing market.

Yet, other than the posters on their manager Murray's wall, almost nothing about the show's humor revolves around the duo being Kiwis in New York City. Maybe just five years ago, there's no way they could have gotten away with doing Conchords where it wasn't about being fish out of water: "Speed bumps? My, what a silly term. No, we call them 'judder bars.' That's far more sensical."

Ryan McPhun of the Ruby Suns, he went the other way, from Cali to Auckland. Wing, she emigrated from Hong Kong to New Zealand, yet, save for the accent, there's nothing about her geography that makes her AC/DC and Beatles covers any less of a "super sweet joke" or a "super sweet not joke."

It has never really mattered where acts were from. Anyone never buy a Split Enz album because of where they called home? Now more than ever, it's irrelevant. There are Americana bands in Seville and Britpop bands in Tuscaloosa.

Likewise, the antipodal acts at SXSW 08 are refreshingly free of any telltale provincialism. Put another way: They don't seem like they're particularly Aussie or Kiwi musicians anymore, just musicians. They span all genres, fit rigidly in some, defy others, and one or two even endeavor to create their own. Other than their accents, you'd have a hard time knowing from whence they hail.

Even then, three-quarters of y'all would mistake them for Brits. 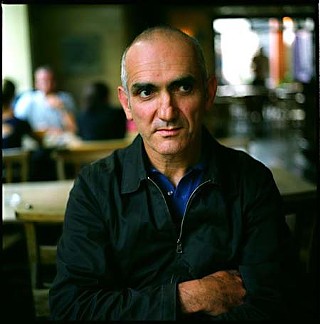 In the hall of great Australian singer-songwriters – okay, it's probably more of an anteroom – the biggest bust might belong to Paul Kelly. He's not quite the country's Bob Dylan, because they really don't have one of those. Kelly's maybe the Down Under Graham Parker. Same songwriting finesse, just a little less irritable (the weather will do that).

6) "The Foggy Fields of France"

Six Singer-Songwriters Who Have Almost Nothing in Common

5) Ash Grunwald: Delta blues after a couple of months on Zoloft. 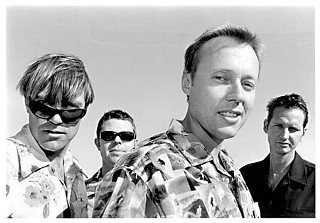 1) Cut/Copy: Depeche Mode x any other band ever

2) Naked on the Vague: The White Stripes + Joy Division – fidelity

3) The Panics: Coldplay x heyday Motown + a clock moving at half speed

Five Musicians Who Liam Finn Will Remind You of

Sydney's Yeldham plays glass. Taking sheets of broken glass and outfitting them with a transducer designed for pianos to pick up the sound, he presses his face to the glass and plays. It's not like anything you've ever heard before, unless you've managed to record your farts and run them through a sequencer while playing with the pitch, speed, and other sonic qualities. Because it's glass and it's transparent, you can see all the facial contortions Yeldham makes as he goes to work.