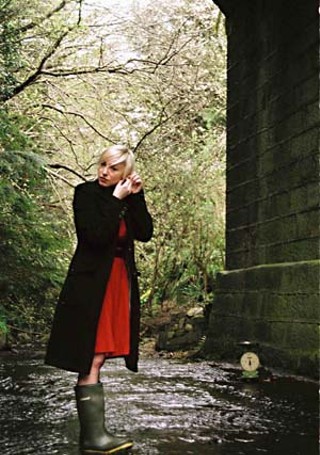 Scotland: From the country where men are men and sheep are afraid come bands evenly matched between Glasgow on the western front and Edinburgh on the eastern side. Almost. Two of Edinburgh's are from Dundee and Inverness, and Glasgow's got one more band, but the nine acts represent the array of Scotland's vibrant indie rock scene, from the songwriter-heavy indie pop of Freddie Stevenson to the eccentric alt-pop of Glasgow's Frightened Rabbit. Not bad for the country that invented the fried Snickers bar.

The winners: Dundee's the Law, with a hint of 1980s love in their music. A close second is Jyrojets, from far north stronghold Inverness, with their hint of 1970s lust. Showing are the Dykeenies for unabashed Oasis adoration and New Wave indie style. Popup doesn't quite edge them out but sports a keen pop-rock sensibility.

Ireland: Protestant whiskey or Catholic whiskey? Eire's stock-in-trade has always been songwriters, which is why Irish pop is so substantial. With the Emerald Isle's Big Daddy of Rock playing, Van Morrison, the stakes are high. It's a gamble, what with Foy Vance's soulful folk and Channel One's electronic pulse, so place those bets.

The winner: Cathy Davey, hands down, for her engaging Sundays-ish alt-pop. Runners-up are Oppenheimer, for their unabashed electronica, and Dublin punk-synthsters Fight Like Apes get points for best band name, and Van's still the man.

In Case of Fire