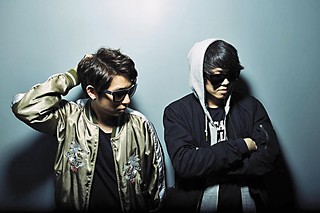 8pm, The Majestic
Seoulsonic is different from the previous night's K-pop Night Out, in the sense that it focuses on the less bubbly and less commercially viable corners of the Korean music industry. Headlining is YB, a legit Korean rock band that writes songs that could easily co-headline a distant Warped Tour circa 2005. They sing in English, so you don't have any excuses. Victim Mentality are a bedazzled, leopard-print glam-metal act, which is about as ridiculous as you'd expect. The language barrier means we probably won't even know how seriously they take themselves. Big Phony makes stripped-down, empty-space folk à la Iron & Wine and Elliott Smith, which is the exact opposite of Heo's dreamy, chill-out synth-pop. Other acts include the Solutions, who deeply idealize the bygone alternative nation and Britpop revolution right down to the skinny ties, and From the Airport, who wear sunglasses and make heavy beats. Remember that outside the K-pop corporate sugar, which we all love, South Korea remains a place with musicians trying to make their way far away from the machine. SXSW exists for us to acknowledge that. – Luke Winkie 8pm, Icenhauer's
Scandinavia's been generous to the cause of rock and pop music, and while Sweden usually garners the lion's share of attention, Norway kicks just as much frozen ass. Case in point: a well-deserved SXSW spotlight on acts from Oslo, the Kingdom's largest city. Coed quintet Cold Mailman mixes synths and guitars in the time-honored 120 Minutes tradition, as displayed on the glistening single "Moments" from its forthcoming new album. Singer-songwriter and SX vet Marit Larsen returns on the heels of When the Morning Comes, a shiny pop album written, recorded, and self-produced in Nashville. The prolific Hanne Kolstø saw two of the four albums she's produced in the last four years nominated for Norwegian Grammys; no word whether the anthemic electro-pop of her latest Forever Maybe will reap the same reward. Named for an LP by American trash rockers the Mummies, Death By Unga Bunga comes off as Norway's finest beat group, banging out infectious R&B-flavored garage pop on its latest You're an Animal. Like their countrymen in Kvelertak, the young men of Haust inject blackened vocals into traditionalist rock & roll, though its scree leans more toward acid punk than hard rock on its split LPs and 7-inch singles. – Michael Toland 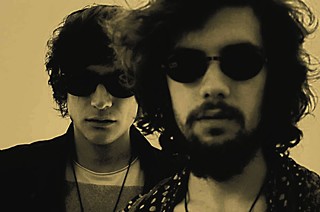 8pm, Lucille
Kicking off this annual tribute to the conflicting factions that make up Spain's musical identity, Majorca electro rockers Oso Leone present the trickling Mokragora, a title they knew would be hard for foreign tongues to wag around it, but shrugged. That cheery ambivalence shines through the tongue-twisting, 41-minute percussive exhale, full of perspiring, twangy riffs, and enough fuzz to suffocate Coldplay. Indecisive punks aren't exactly hard to pick out of a lineup, but noise-rock outfit Disco las Palmeras, hailing from the country's northern tip, can at least smother those pesky insecurities in a huff of distortion. Threatening nothing less than a full-scale invasion for their American debut this spring, all-female Madrid quartet Hinds bangs out dreamy surf-pop hooks muffled by simmering distortion on last November's Barn. Departing his Nineties rock quintet La Fuga in 2009, guitarist Raul Gutierrez reinvents himself as Rulo y la Contrabanda, his booming vocals on 2014 live album One Night in the Castle second only to the sandpaper mix of smoky electric riffs and his own acoustic grit. Barcelona rhumba king Dani Darbonell uses Macaco to expose Historias Tattooadas. – Nina Hernandez 8:10pm, Palm Door on Sixth/Palm door on Sixth Patio
From Caribbean sand to the Motherland, two competing stages at the Palm Door showcase the diverse sounds of the African diaspora. The inside hosts Sounds From Africa, a lineup dominated by glossy and synth-heavy hip-hop and R&B from Nigeria, Ghana, Kenya, and Ivory Coast. A pair of Nigerian acts have the juice to land high-profile features, with Akon lending cred to D'Banj's "Feeling That Nigga" and Ice Prince spitting big baller status rap alongside Wale and French Montana on 2013 album Fire of Zamani. French-speaking Serge Beynaud brings Auto-Tunes to the slick Ivory Coast pop style known as coupe décalé, while Ghana's Sarkodie fast raps in his native tongue of Twi. Island vibes control the patio stage, but Laza Morgan from the famous Morgan Heritage family branches out with R&B club jams. Carnival time begins when Trinidad and Tobagos's soca master Machel Montano takes the stage and Jamaica's Mr. Vegas will "Bruk it Down" to close the night with an infectious brand of up-tempo dancehall. We all from Africa. – Thomas Fawcett